The Mad Movie-A-Thon-O-Rama continues through May! I will continue showing movies on the second and fourth Thursdays in April and May and we will also have a special movie presentation on the third Thursday in April!  That’s right. More movies! More gimmicks! More “A-Thon!”  and, seriously, way more “O-Rama!” 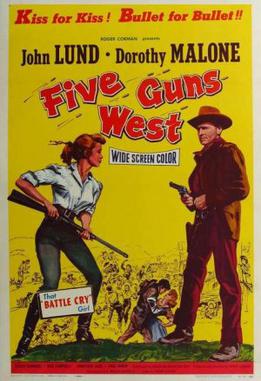 The Movie: This classic Roger Corman directed western sees five outlaws pardoned and then sent into hostile territory to retrieve a cache of stolen Confederate gold. This was Roger Corman's directorial debut that put him on the path to becoming the patron saint of the drive-in. We commemorate Roger's recent 96th birthday with this look at his sagebrush shoot 'em up!

The Gimmick: All members of the audience will be deputized and then issued a badge and a western-style mustache. 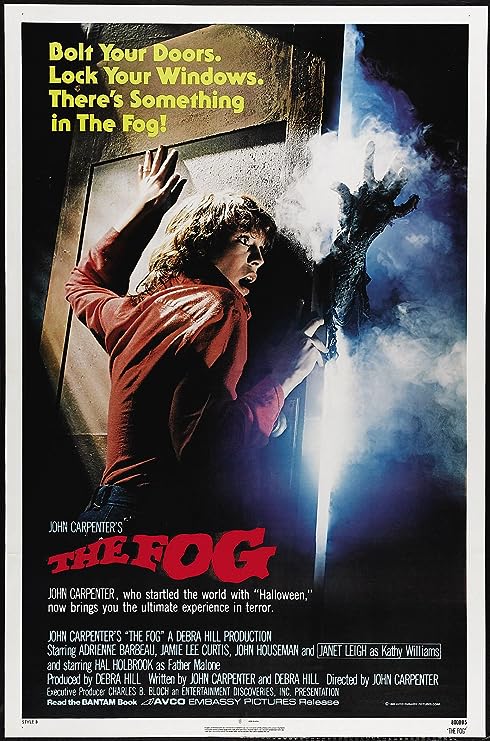 The Movie: Celebrate Antonio Bay’s Centennial Anniversary all over again as Captain Blake and his ghastly crew of ghost Pirates return to reclaim their long stolen treasure.

The Gimmick: Get a piece of Captain Blake’s delicious chocolate treasure.  Captain Blake will be in attendance. Also, there is a possibility that The Fog will stop by during the film! 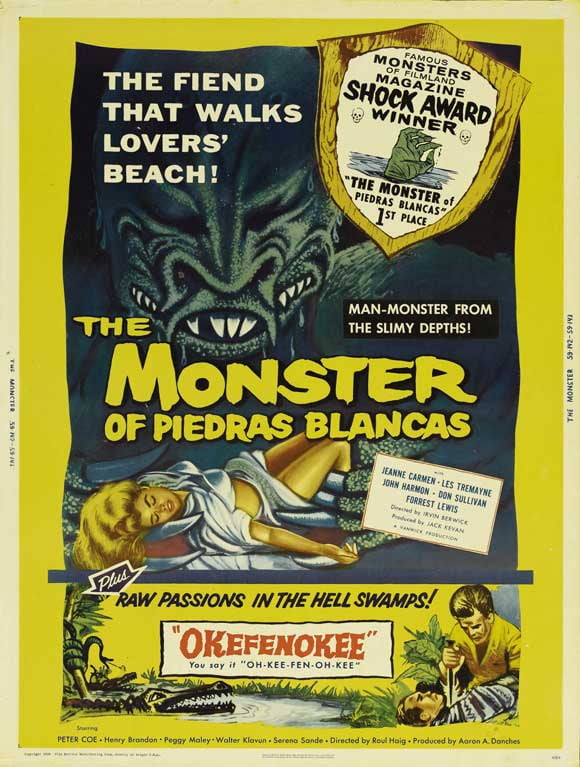 The Movie: A local creature legend proves to be deadly real for residents of a coastal town. There is a very real threat that anyone with a head will lose it when the monster makes the scene.

The Gimmick: The Monster of Piedras Blanca Survival Kit! There will be food to feed him and since fish are scared of noises, the kits include protection against this Creature from the Black Lagoon wannabe.  (Prepare to get loud.) Also, a bandage, in case you lose your head! 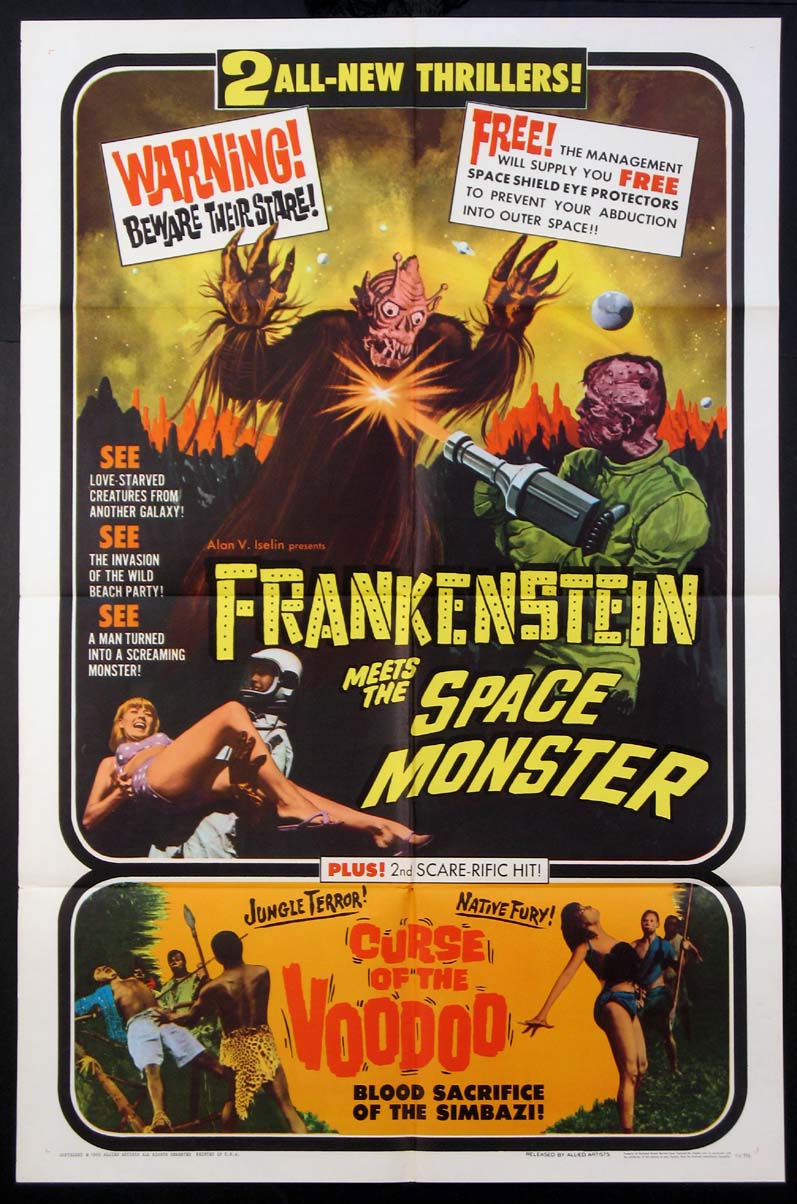 The Movie: Mars needs women as Princess Marcuzan and Dr. Nadir kidnap beach bunnies to take back to Mars. Stir in a gone-bonkers cyborg astronaut, a flea bitten space monster, rock and roll and plenty of stock footage from NASA for a real groovy time.

The Gimmick: We will recreate the Space Shield Eye Protectors that were given out during its original theatrical release to protect you from Dr. Nadir’s hypnotic gaze! 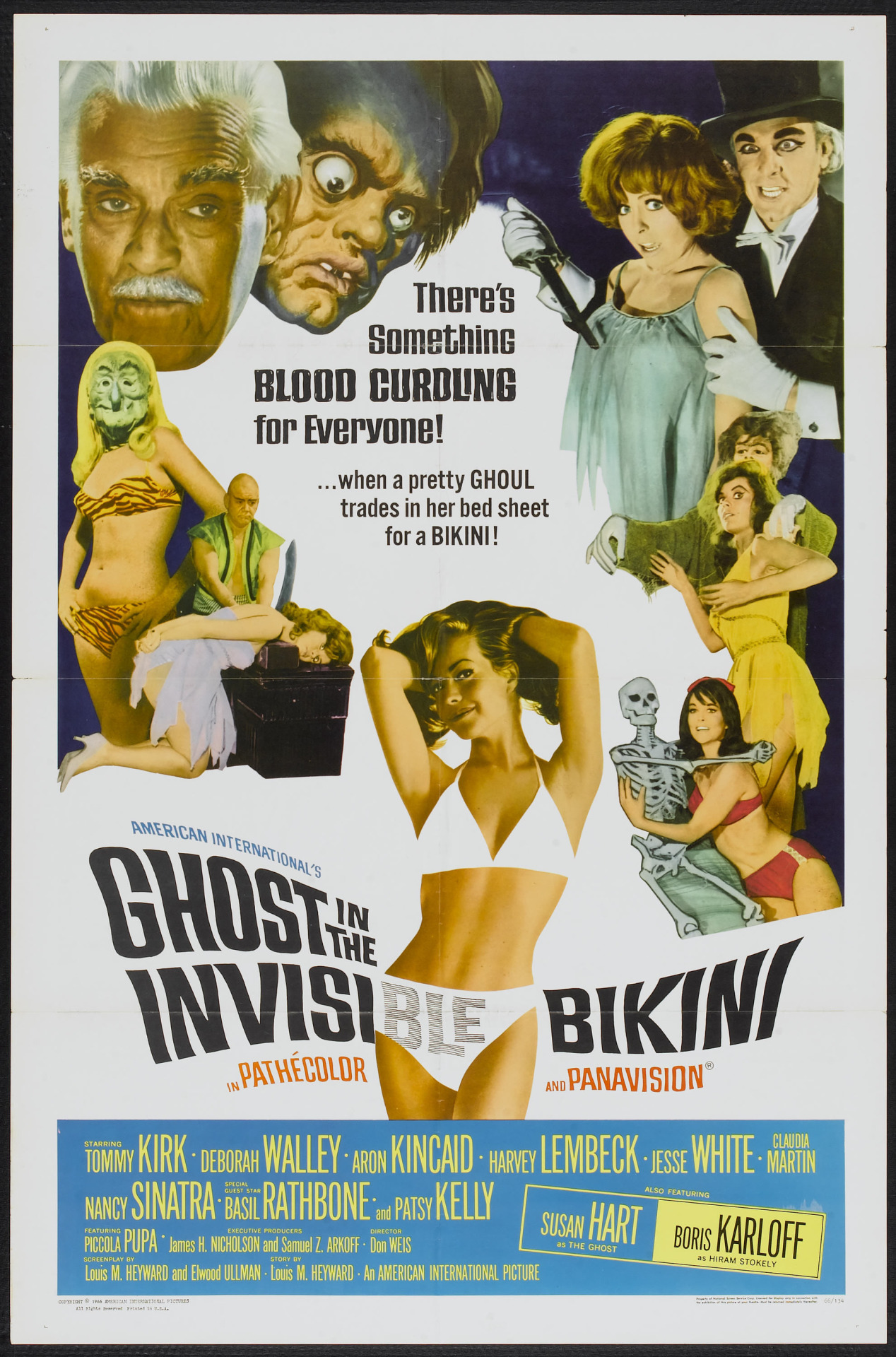 The Movie: Frankie and Annette took a timeout and skipped this vacay to Bikini Beach as kids experience a spirit in the surf and ham it up with the likes of Boris Karloff and Basil Rathbone.

Films are being shown in Auditorium 1. The auditorium opens at 6:00 pm and at 6:15 we have a short discussion of the film and gimmick, watch the trailer for the next film in the series and then the film starts promptly at 6:30. All films end before the library closes at 8:00 pm. (The April 21st showing of The Fog will show right up to 8:00 pm.)

Food and drink are allowed in the auditorium during the movie. In fact, many people make a date night of it and bring dinner. In addition to chairs, there are tables set up for anyone who would like to use a table for grubage. Hope to see you there!