A Romance Renaissance: From Fabio to Doodles 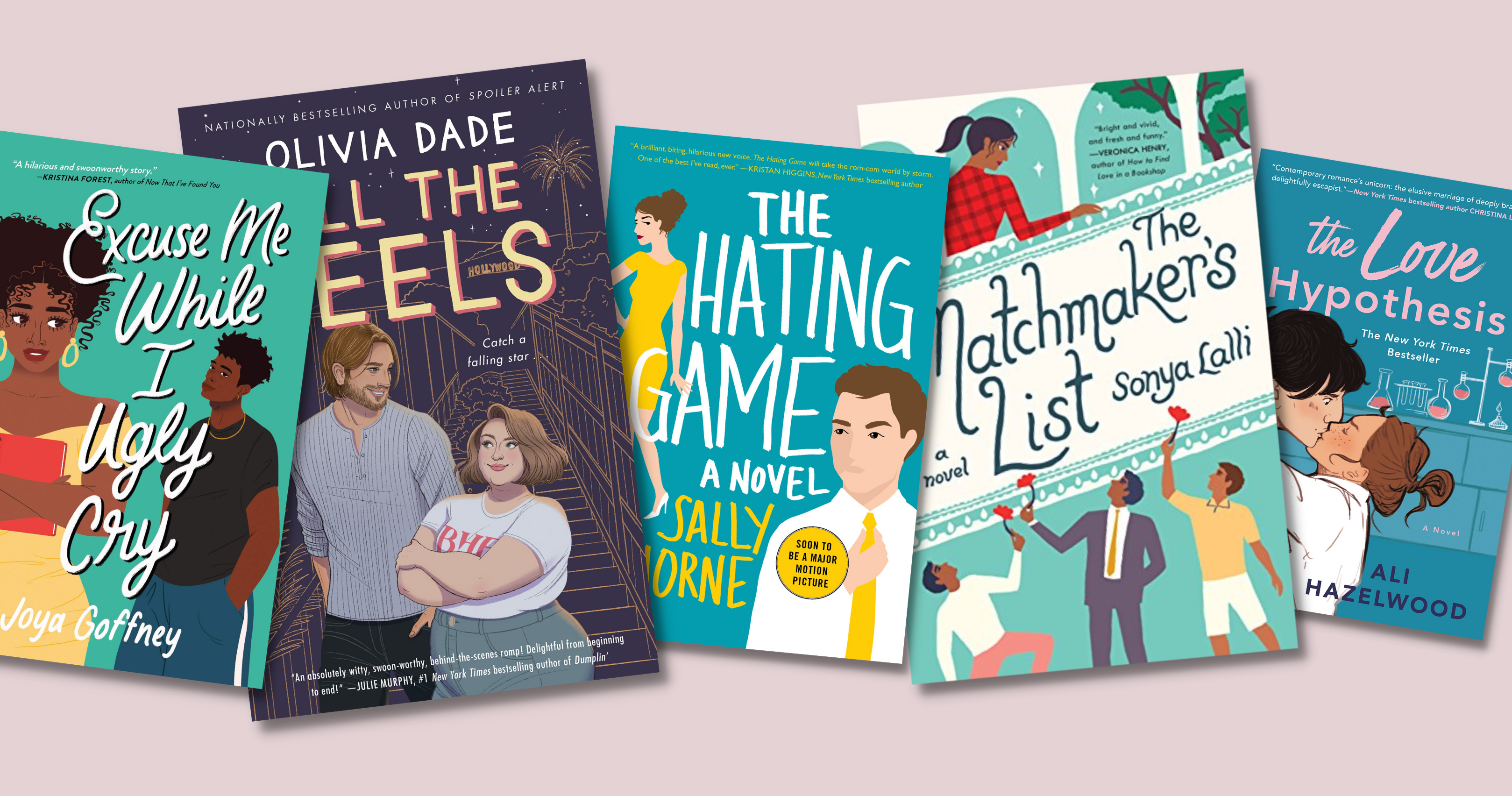 It is no secret that contemporary romance novels have received a facelift. Over the past 6 years, the romance genre has increasingly leaned away from the classic covers of sensual models and shirtless Fabio to a newer, younger look.

The contemporary look: Illustrated covers. While illustrated covers are nothing new, this form of  “cartoon” illustration is just what the contemporary romance genre needed. The last major trend in contemporary romance covers was the “50 Shades” effect. According to Sarah Orberrender, a senior designer at Penguin, this trend was a direct impact of the 50 Shades of Grey pandemonium, resulting in a surge of “still-life objects that signaled opulence with an air of mystique.”

If romance books did feature illustrated covers, they focused more on reality-adjacent images, watercolors and soft lines. These new illustrated covers go the complete other direction, boasting comic-like cartoon images of characters and items related to the story decked out in bright colors.

In 2015, there were none of these cartoon illustrated covers on Goodread’s Choice Awards for Best Romance. Instead, covers focused on typography, photography and, of course, the romantic cover model.

In 2016, the first illustrated cover made its way onto Goodread’s Choice Awards for Best Romance with The Hating Game. The novel was instantly popular, and with more than just the typical romance crowd. Younger readers who were put off by traditional romance covers found themselves drawn to the fresh and youthful appearance of this new romance.

Today, love for The Hating Game has not been forgotten with the story recently being adapted into a movie starring Lucy Hale and Austin Stowell.

The Hating Game was just the tip of the iceberg as contemporary romance authors and publishers quickly hopped on to the revised illustrated cover trend. Today’s Goodreads Choice Awards for Best Romance look vastly different. Following the votes for the 2021 awards, only two of the 20 books do not boast an illustrated cover.

The question: Why have contemporary romance books covers evolved in this way? Simply put, the focus of romance novels has shifted. The mass-market paperbacks that feature a couple in a tight embrace worked when audiences were content to observe the story from an outside perspective. However, readers began to want to see themselves in the story, not another woman on the cover, so the couple was retired in favor of a singular male model, often the iconic Fabio. Today, these contemporary romances are less about a one-shot romance and more about the narrator’s life that coincides with a romance. Instead of finding themselves in a new life because of a romance, they find themselves in a new romance because of their life.

It is not only the covers that have changed, though. The titles of popular contemporary romance novels have separated from the blatant and dramatic flare that symbolizes— and stereotypes— many romance novels. These titles were made to be stark and mysterious, to draw the reader in a way that played off of a romance trope or leading phrase, such as The Liar, The Beast or The Score. These titles not-so-subtly followed an expected format that gave truly no incite into the story. Now, contemporary romances carry titles that are fun, hooking and fitting of their illustrated covers. Some new titles include People We Meet on Vacation, The Love Hypothesis, and Second First Impressions, just to name a few. These new names also align with the new focus of contemporary romance novels as they allow room for a focus on an over arching story not just the romance and romantic interest.

Illustrated book covers make it easier to create a variety of images with endless possibilities, which helps to make romance books more inclusive of untraditional storylines, often overlooked content, and much needed diversity. Traditional romance novels often depict a couple in perfect hair, makeup and costume perfectly posed in a photo taken by a professional photographer— all of which can be far out of an author's or small publisher’s budget. Because of this, diversity representation in romance novels often got the short end of the stick when it came to book covers.

However, with the rise of illustrated covers, it is easier than ever to represent any and all forms of diverse characters. These cover art characters can be any size, age, gender, race, have any profession and be anyone the authors want them to be. 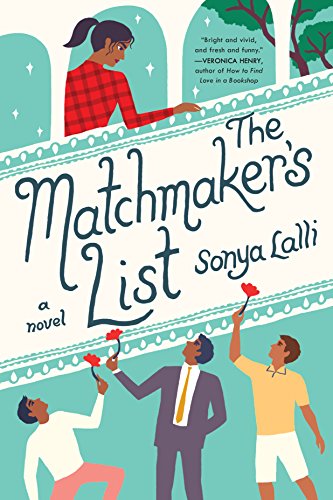 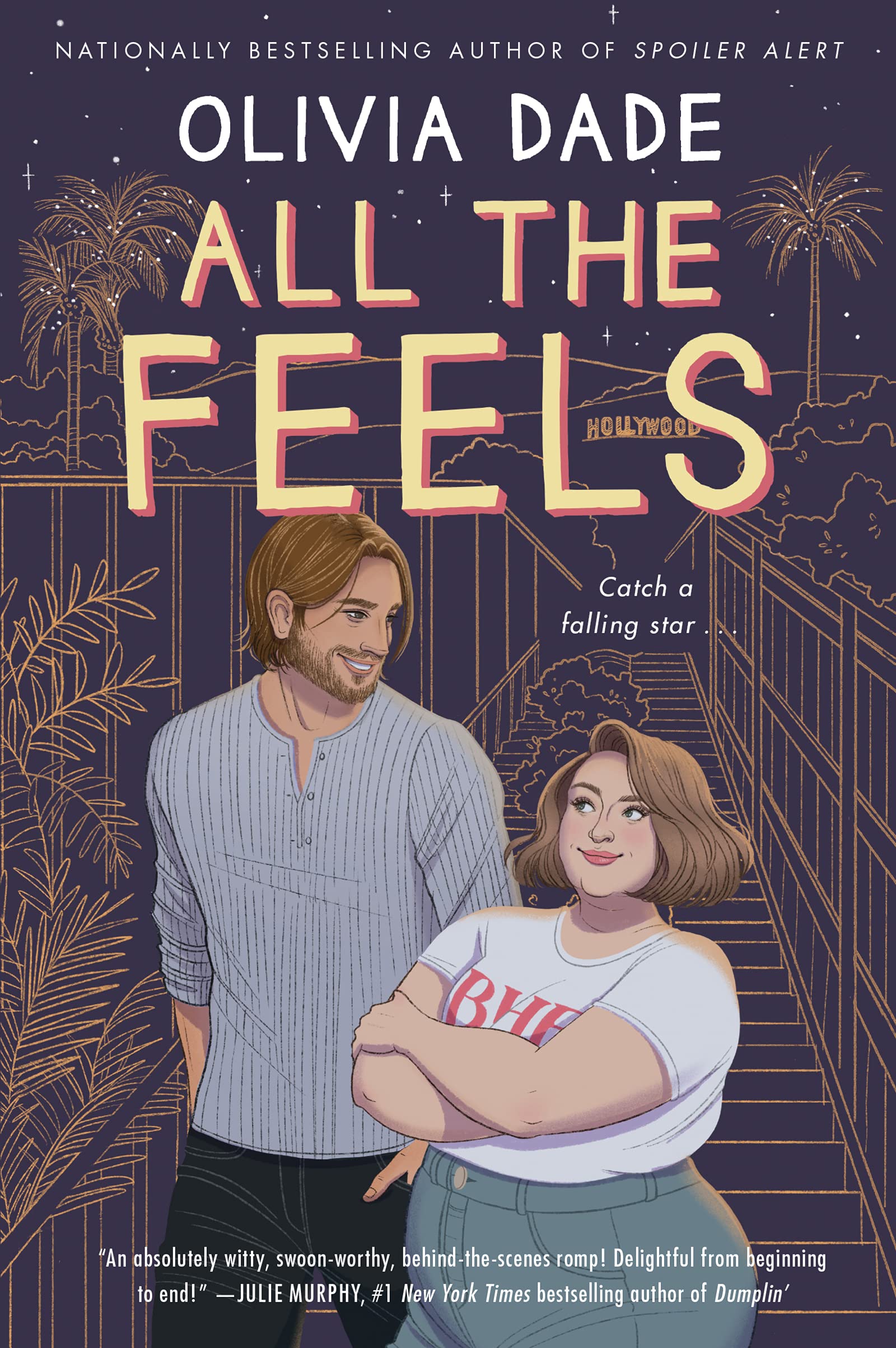 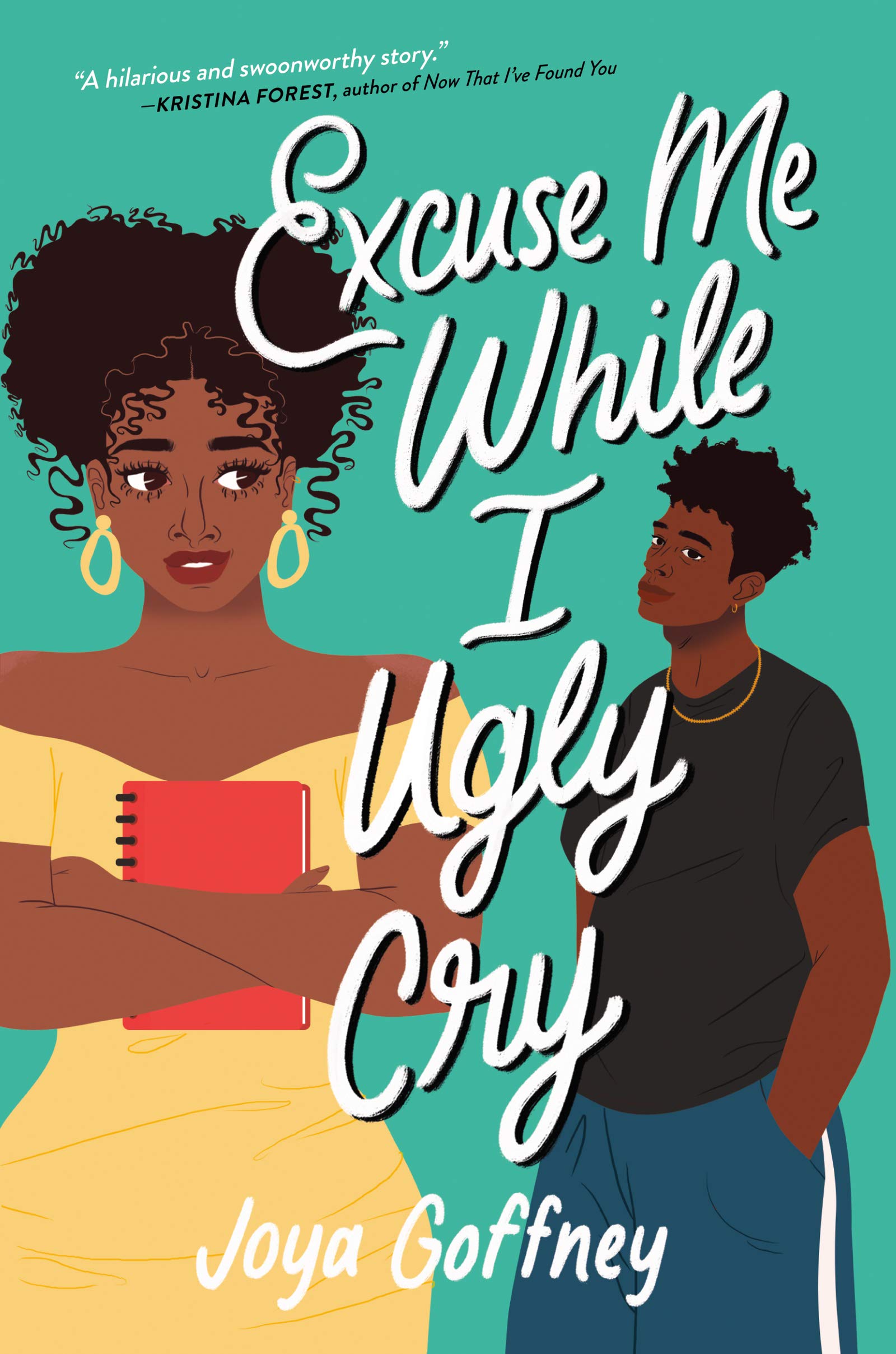 The books also allow for potential readers to get a better idea of what the book might be about. When romance is only part of the story, it seems only fitting to show off the rest of the plot in the cover. With this in mind, rather than present a generic background, illustrated covers give creative freedom to the artist and author to use accompanying story elements in the cover art.

For example, The Love Hypothesis boasts a cover of two characters kissing, one much more shocked than the other, wearing lab coats with a science lab experiment set up behind them. In one look, the reader knows 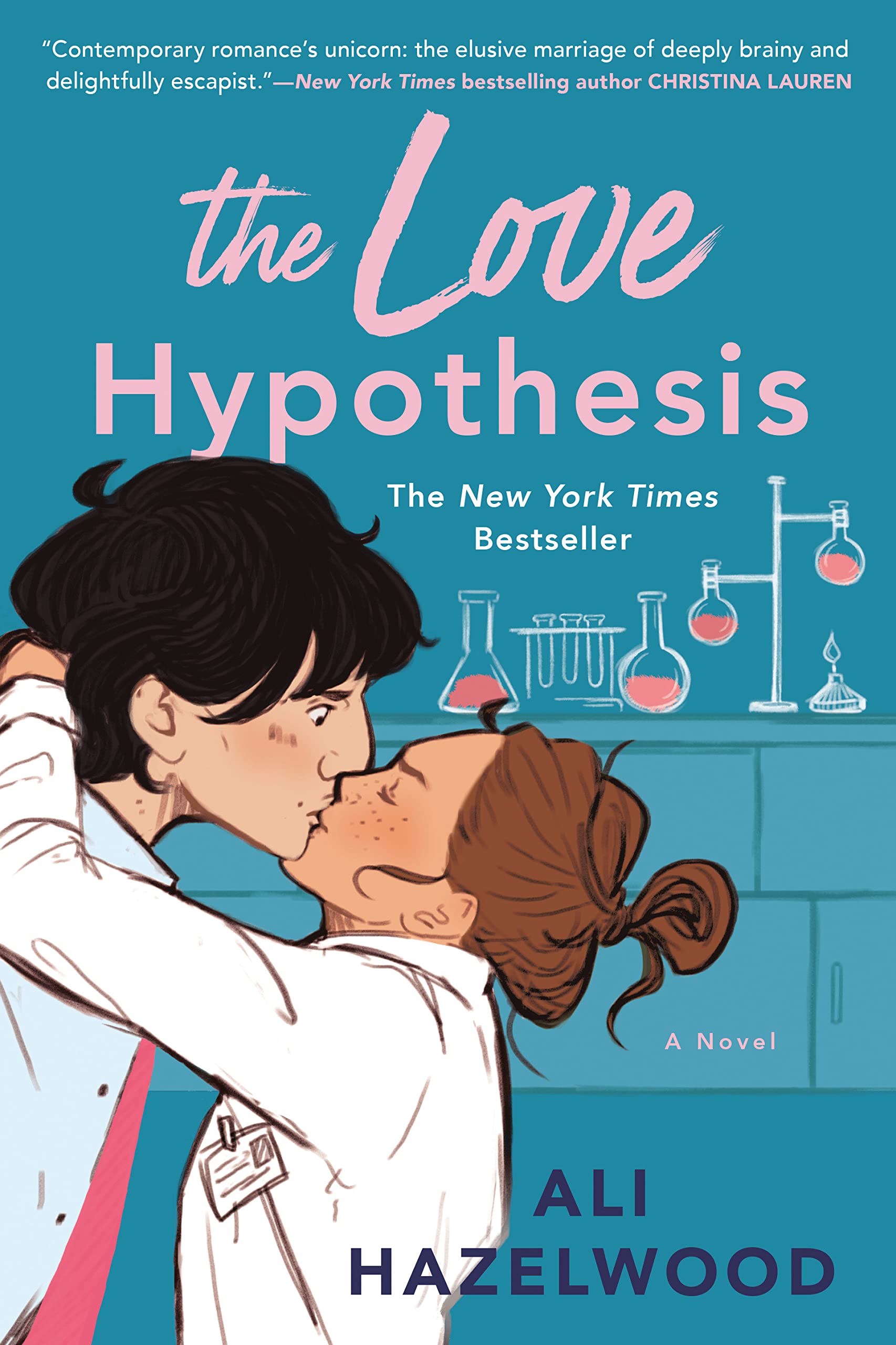 that these characters are scientists, the woman initiated the romance and there is some sort of experiment that will ensue.

More than anything, one of the biggest advantages of these new illustrated covers is that these books give a feeling of anonymity for readers. The content is the same, but the judgment from others disappears. Readers no long have to worry about sneaking their books while in public or hiding a cover that might get them weird looks. They can enjoy the books that they love no matter where they are.

Elena Nicolaou wrote for Refinery29, “The books contain the tantalizing components of a romance novel, but are sheathed in contemporary designs that make for embarrassment-proof and harassment-free public reading experiences.” Clearly, illustrated covers are a benefit to not only the authors, but also their readers.

Where traditional designs would dissuade a reader from ever picking up a romance book, these new cover designs draw in new readers. The bright colors and contemporary designs bring them into a new age for a new reader. Young romance readers who were once deterred by Fabio are now looking to these illustrated romances. They can read them as they would any other book and not have their own personal biases prevent them from picking it up in the first place.

In short, thanks to these new illustrated covers, contemporary romance books sell more and appeal to a wider audience.

Romance books will continue to evolve in content, presentation and reputation. For now, these contemporary romances are young and fresh, a perfect attraction to bring new readers into the romance world and to give a new light to an often dismissed genre.