In episode 8 of the podcast, Rob and Michelle discuss materials written by authors who came to their subject or their craft in interesting ways. Come for the discussion about books, but stay for the first edition of The Library Game, and a story about wasps at the library!

You might recognize the name Deborah Goodrich Royce from movies and TV, but she’s published her first book, the suspense thriller, Finding Mrs. Ford. Monster, She Wrote is a nonfiction book about all of the women who pioneered the horror and speculative fiction genre. Why Fish Don't Exist is a memoir weaved with the nonfiction tale of a biologist who became obsessive over his work.

This is the last episode of September, and we’re full on into fall and Spooky Season now. Stay tuned for a month full of fun, spooky, and Halloween themed content.

Why Fish Don’t Exist: a story of loss, love, and the hidden order of life by Lulu Miller 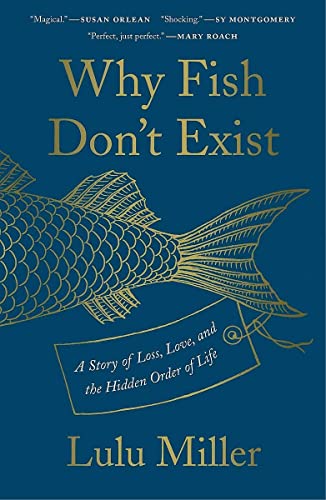 Nineteenth-century scientist David Starr Jordan built one of the most important fish specimen collections ever seen, until the 1906 San Francisco earthquake shattered his life's work. 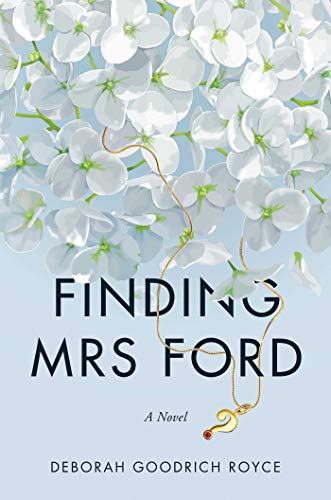 On a sunny summer morning by the sea in New England, Susan Ford's cocoon of privilege is threatened when an Iraqi man from her distant past boards a plane in Baghdad to come find her.
Mrs. Ford leads a privileged life. From her Blenheim spaniels to her cottage on the coast of Watch Hill, Rhode Island, she carefully curates her world. Hair in place, house in place, life in place, Susan Ford keeps it under control.
Early one morning in the summer of 2014, the past pays a call to collect. The FBI arrives to question her about a man from Iraq-a Chaldean Christian from Mosul-where ISIS has just seized control. Sammy Fakhouri, they say, is his name and they have taken him into custody, picked up on his way to her house.
Back in the summer of 1979, on the outskirts of a declining Detroit, college coed Susan meets charismatic and reckless Annie. They are an unlikely pair of friends, but they each see something in the other-something they'd like to possess. Studious Susan is a moth to the flame that is Annie. Yet, it is dazzling Annie who senses that Susan will be the one who makes it out of Detroit.
Together, the girls navigate the minefields of a down-market disco where they work their summer jobs. It's a world filled with pretty girls and powerful men, some of whom-like Sammy Fakhouri-happen to be Iraqi Chaldeans.
What happened in that summer of 1979 when Susan and Annie met? Why is Sammy looking for Susan all these years later? And why is Mrs. Ford lying?

Monster, She Wrote by Lisa Kroger and Melanie R. Anderson 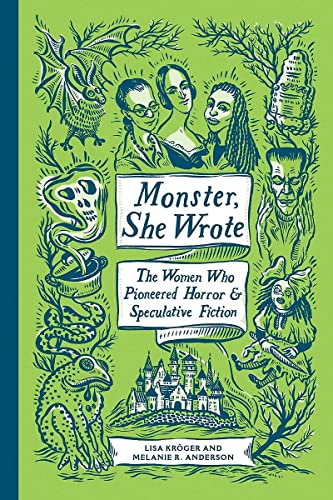 Weird fiction wouldn't exist without the women who created it. Meet the female authors who defied convention to craft some of literature's strangest tales. And find out why their own stories are equally intriguing. Monster, She Wrote shares the stories of women past and present who invented horror, speculative, and weird fiction and made it great. You'll meet celebrated icons (Ann Radcliffe, V.C. Andrews), forgotten wordsmiths (Eli Coltor, Ruby Jean Jensen), and today's vanguard (Helen Oyeyemi). And each profile includes a curated reading list so you can seek out the spine-chilling tales that interest you the most