I was thrilled when I was asked to compile a list of movies featuring strong female characters. I love movies featuring women who can take control of an uncontrollable situation and get the job done. Whether it's Sarah Connors saving the fate of mankind in T2 (1991) or Annie making sure the bus never drops under 50 mph in Speed (1994), I love movies that feature strong, uncompromising female leads. 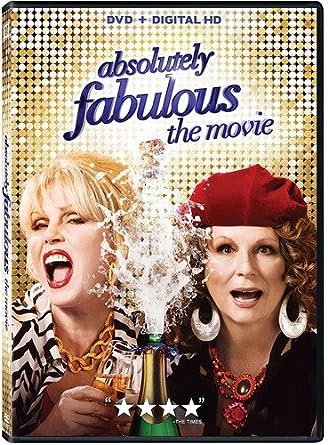 Based on the long running U.K. television series, Edina and Patsy show up to a fashion event and after indulging in enough drink, Edina accidentally kills fashion model Kate Moss. The ladies are on the run and the fashion world sets out to find them. Jennifer Saunders and Joanna Lumley are simply fabulous as besties Edina and Patsy, and together they turn bad taste and vulgarity into high art. They are characters who always know what they want and they go after it with little concern for anyone else’s feelings or well-being in mind.  If you haven’t caught up with these fantastic ladies, HMCPL also offers seasons of the TV show,as does Hoopla. 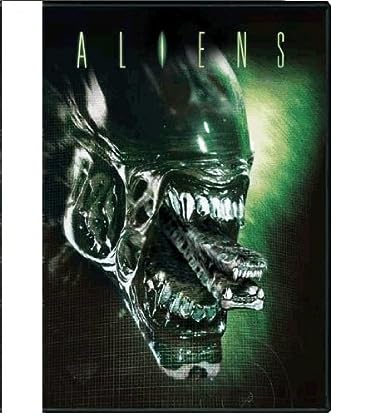 Ripley, played by Sigourney Weaver in the original Alien (1979), was introduced as a secondary character that amazingly became the last crewmember standing on the Nostromo. In Aliens, she is found in the life pod she escaped in, cryogenically frozen for 57 years. She awakens in a world where nothing is how she remembers, and she is informed her young daughter has passed away at age 67. It is a heart wrenching moment. Then she is whisked away to a colonized planet overrun by the slimy alien Xenomorphs she encountered in the first film. Not only does Ripley end up the hero, facing off against the Alien Queen in honest claw-to-claw combat, she adopts Newt, a young girl whose parents were killed by the creatures. Much alien slime hits the walls when Ripley's motherly instincts kick in. It is a mean, lean thrill ride and after this film Weaver never played a “woman in peril” role again. 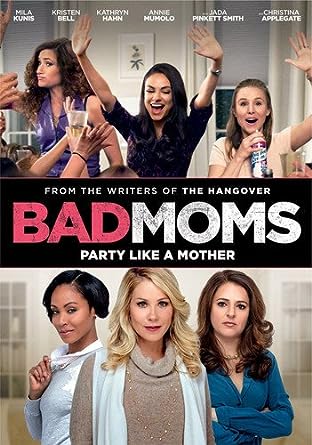 A trio of over-stressed moms let go of the constant expectations of being “perfect” and cut loose a bit and let their hair down. They take advantage of this new found freedom to have some fun. Bad behavior and hilarity ensue. I’m not a mom, but I’m sure every mom on the planet would love a “time out” not to worry about having to taxi kids around and rush to contribute to PTA bake sales and such. It might be nice to just do what you want to do for a while. Funny and genuine, it was followed by an equally funny sequel.Both Bad Moms and A Bad Moms Christmas are available from HMCPL. 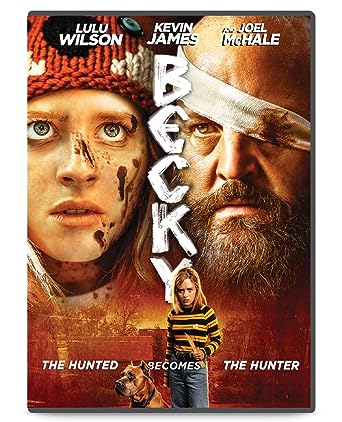 I haven’t stopped talking about this movie since I saw it last month. It is a shocking, violent, action-packed thriller about a young girl having to battle psychotic escaped convicts after they invaded a weekend getaway. If I say anything else I might spoil some of the shocks and surprises this film offers. It is a non-stop, bloody fight for survival. Hell hath no fury like an angry eleven year old girl scorned. It is also available to stream on Hoopla. High school overachievers Amy and Molly realize they have spent all four years of high school studying and never once slowed down to have a good time. The night before graduation they decide not to let the opportunity get away from them forever and they embark on a long night of partying, cramming four years’ worth of questionable behavior and debauchery into a few short hours. I cannot express how much I absolutely love watching Kaitlyn Dever and Beanie Feldstein as the friends; they are a complete joy together on screen. (Seriously, I watch them and I want to be their friend.) It captures not only the rigors of teen life, but the joy of having a best friend with which to share it. This film is absolutely delightful. A hysterical look at female friendship and the stress that comes from being the Maid of Honor for your best friend’s wedding. Annie fears her friendship with Lillian is coming to an end with the approaching wedding and she struggles with the perceived loss. Kristen Wiig and Maya Rudolph are the besties and it is Wiig’s total breakdown that generates most of the laughs. She is not so much telling jokes and performing pratfalls for laughs as she is playing a real human being that is trying to deal with a flood of various emotions and it is hard not to relate to her character. The supporting cast is fabulous, with Melissa McCarthy stealing the film every time she is on screen. 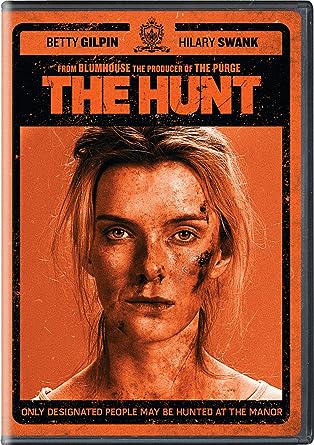 A film I saw last year that I really loved, The Hunt concerns a group of people who are kidnaped and taken to an unknown location where they are prey for unseen hunters. Betty Gilpin is Crystal, a woman with razor sharp survivalist’s instincts and a knack for weaponry. It is a fast paced thriller with Crystal working her way through the creeps until she gets to the leader, Athena, played by Hilary Swank. (If you are looking for similar thrills, I also recommend 2019’s Ready or Not with Samara Weaving trying to stay alive after marrying into a strange family that made its fortune from producing board games.) 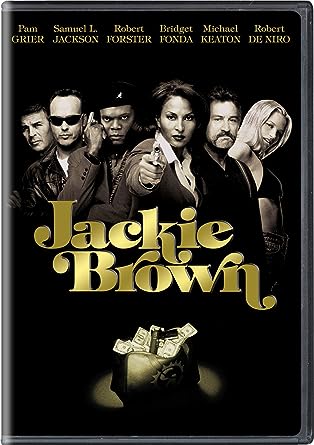 Pam Grier is a stewardess who sees an opportunity to make a big score with an arms dealer, but unsavory business partners put her life in serious jeopardy. It is rare for a major motion picture to feature a middle-aged actress as its main protagonist and Grier is at the top of her game. She plays it cool and smart, having to think her way out of one dangerous situation after another. An amazing supporting cast propels the thrills from start to finish, but Grier commands the film's focus throughout. 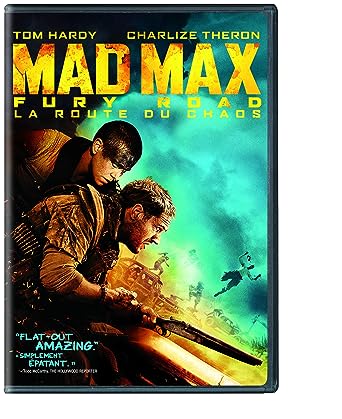 In this high octane, adrenaline pumping action flick, Max Rockatansky teams with warrior Furiosa to save a group of maidens from a grim fate at the hands of Immorten Joe, who sees the women as his possessions. The heart of the film beats through the character of Charlieze Theron’s Furiosa, the woman fighting for all women to be free of any form of imprisonment. Her will is strong and in her weakest moment she is still able to find the strength to move forward. Unlike most Hollywood films, there is no love interest between the main characters Max and Furiosa, which gives the film more depth than most flicks. Fast moving and exciting to the point you very well may catch your breath multiple times during the climactic chase. (For more post-apocalyptic thrills, check out Tina Turner as Aunty Entity in Mad Max Beyond Thunderdome, also available from HMCPL.) 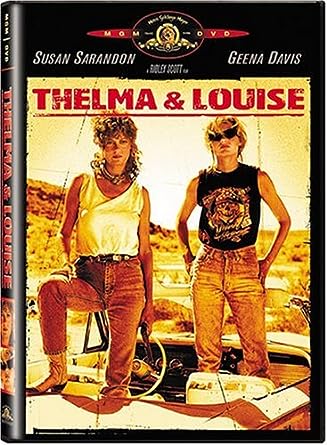 Two friends embark on a road trip to escape the doldrums of domestic life. While on the road, Louise kills a would-be rapist in a dusty bar. The women are soon on the run with the authorities combing the Southwest tracking their every movement. Susan Sarandon and Geena Davis are always great but together they create magic on screen. I feel this film was a defining moment for women in Hollywood, as the actresses were given amazing characters that defied the roles usually available to women over the age of thirty. The final moments are bittersweet but it ends the only way it can. If you ever hear a lady say she are about to go “Thelma and Louise” on someone, you better act right and get out of her way!