Here are some of the weirdest horror flicks I could find while sweeping through KANOPY. These are mostly on the fringe, cult films. Some were very popular when they were first released years ago and some have only become popular in recent years. If you are in the mood for weird, there may be a couple titles on this list you’d like to scope out from Kanopy. 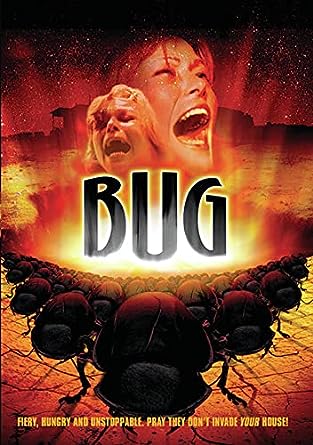 An earthquake shakes loose a swarm of super-smart, incendiary cockroaches that can line up and make words to communicate with scientists as well as wait for the opportunity to fricassee unsuspecting victims. It was produced by the master of the cheap gimmick, William Castle. I saw this on TV for the first time when I was seven and I’m still surprised it didn’t give me a heart attack! (To learn more about Castle and his films, Kanopy offers a great documentary SPINE TINGLER! THE WILLIAM CASTLE STORY - FILMMAKER WILLIAM CASTLE AND HIS OUTRAGEOUS AUDIENCE PARTICIPATION GIMMICKS.) 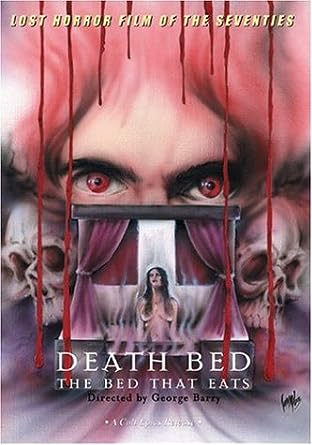 A succession of travelers find a crumbling outbuilding on an estate and feel the urge to take a nap on a dilapidated old stinky bed that sits in the middle of the desolate shack. The bed eats them, ingesting their flesh and blood. I’m serious. This is such an oddball movie and played so straight it makes me wonder what it was like when they were making it. Was everyone laughing and having a good time? Was everyone in on the joke? Or, were they making art?  It is one of those flicks that must be seen to be believed. 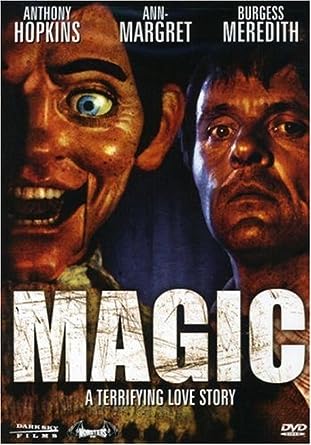 Failed magician Corky (Anthony Hopkins) tries his hand at ventriloquism and hits it big with his dummy Fats. Conflict arises when Corky rekindles the flames of affection with his high school sweetheart Peggy (Ann-Margaret). People begin dying in mysterious fashion and the cops are convinced Corky has lost his mind but Corky knows what’s really going on. It is a bizarre but very tense thriller. 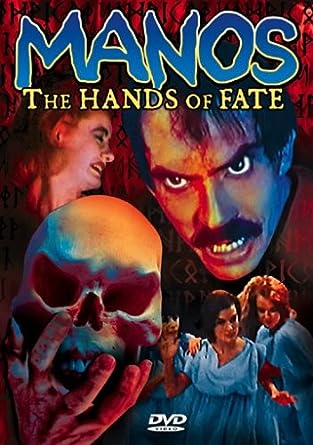 A family gets lost while on a cross-country drive and stay the night in a weird house in the middle of nowhere. Crusty Torgo welcomes them and introduces them to The Master, an actor who later admitted he was whacked out on LSD the entire time they filmed. There is a devil cult. They do devil cult stuff. Full disclosure, I’ve tried to watch this film about a half a dozen times and I don’t think I’ve ever made it to the end. I don’t even know if this movie has an end. This film will test your endurance if you’re one of those people who enjoy “so bad they’re good” movies. Within the first three minutes this movie will have you suspecting it hates you. As was noted when shown on Mystery Science Theater 3000, the word “manos” is Spanish for “hand,” so the translated title of this film is Hands: The Hands of Fate. 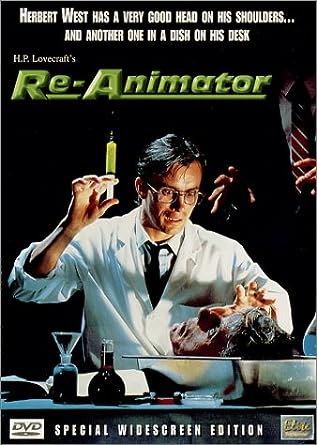 H.P. Lovecraft’s series of Herbert West: Re-Animator shorts are outrageously adapted by Stuart Gordon and Company with over the top zombie gore and dark humor not found in the original stories. It was made in the “anything goes ‘80s” with a great cast up for anything. One of the few movies where a character is decapitated, but still finishes the movie. The first sequel, BRIDE OF RE-ANIMATOR is also available. (If you want to watch the entire series, BEYOND RE-ANIMATOR is available on Hoopla.) 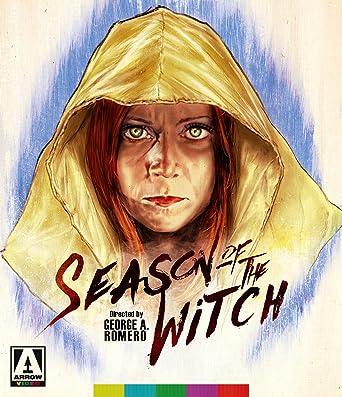 Joan is a bored housewife identified by most only as “Jack’s wife.” A new woman who supposedly practices witchcraft moves into the neighborhood and Joan begins experimenting with the black arts. She gets in touch with her true self, no longer settling to be “Jack’s Wife.” This early George Romero film is more a dark drama than full bodied horror film. While writing it he became aware of the feminist movement of the early ‘70s and that became a big part of the script. (He always called it his feminist movie.) Certainly a relic of its era, it is not nearly as slick as Romero’s later films but it is a curiosity piece and shows how he was growing as a story teller. Kanopy also offers Romero’s drama-adventure about a traveling renaissance faire that perform modern bouts of jousting on motorcycles, KNIGHTRIDERS. (It features Ed Harris in his first starring role.) 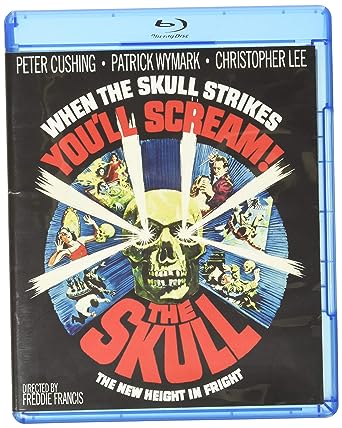 A collector of odd curios obtains the skull of Marquis de Sade and learns quickly that the skull has the power to mesmerize. This is a trippy, twisty adaptation of Robert Bloch’s short story The Skull of the Marquis de Sade, featuring Peter Cushing, Christopher Lee and Michael Gough. 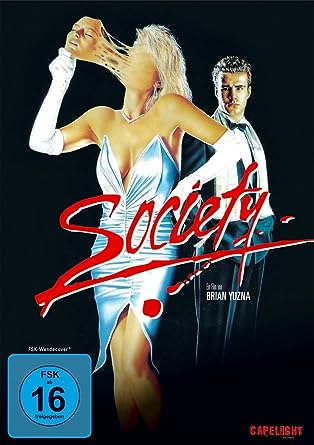 High Schooler Dan is the black sheep in his family, never comfortable with their high society living and wealth. When they try to introduce him into high society, he learns that all the wealthy people in the community are H.P. Lovecraft style, tentacle-whipping slime monsters. This is one of the craziest films Re-Animator producer Brian Yuzna ever directed. Teenager Dawn lives near a nuclear power plant and suspects there is something really wrong with her changing body. She tries to stay chaste but teenage hormones get the best of her and she shockingly learns that she has the ability of really hurting her boyfriend. If you’re picking up what I’m putting down here, this bizarre dark comedy will probably make a lot of people squirm. 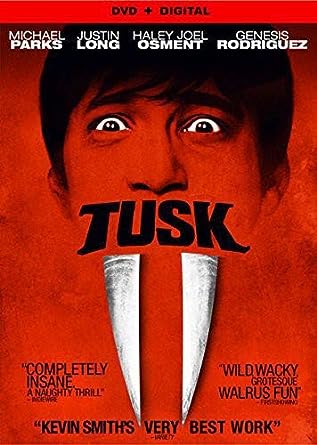 A podcaster is abducted by a lonely man in the wilds of Canada and turned into a monster. This is one of the most shocking, punishing, brutal body horror films ever, especially considering writer-director Kevin Smith was mostly known for his comedies like Clerks, CLERKS II and Mallrats. 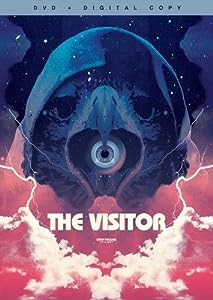 An angry, telepathic little girl terrorizes the world while a battle between good and evil ravages the globe. John Huston shows up to look confused and collect a paycheck along with Shelly Winters, Glenn Ford and Mel Ferrer. This is an odd, Italian mash-up of The Exorcist, The Omen, Carrie and Close Encounters of the Third Kind. A good drinking game would involve taking a drink every time the flick gets weirder. 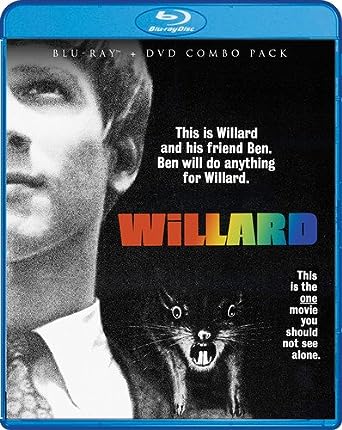 Meek Willard Stiles puts up with much abuse before training his pet rats to attack his tormentors. This strange “Animal Attack” flick was a huge success. Whenever the scene where Willard gets revenge on his jerk boss, you could hear the people cheering and honking their car horns from the drive-ins for miles. It was such a hit the sequel BEN followed the next year and sported the number one pop hit “Ben’s Song” by a teenage Michael Jackson.  The 2003 remake of WILLARD with Crispin Glover is also available. Shinichi "Sonny" Chiba is the last in a line of werewolf descendants who uses his lycanthropic powers to fight crime in modern-day Tokyo. He gets involved with a strange woman and stranger conspiracy. Only recently made available outside of Japan for the first time in decades, Wolf Guy is a fast-paced actioner with Chiba breaking faces and smashing skulls like he does and a treat for when you want a werewolf movie that is “something different.”