Anonymous was a Woman 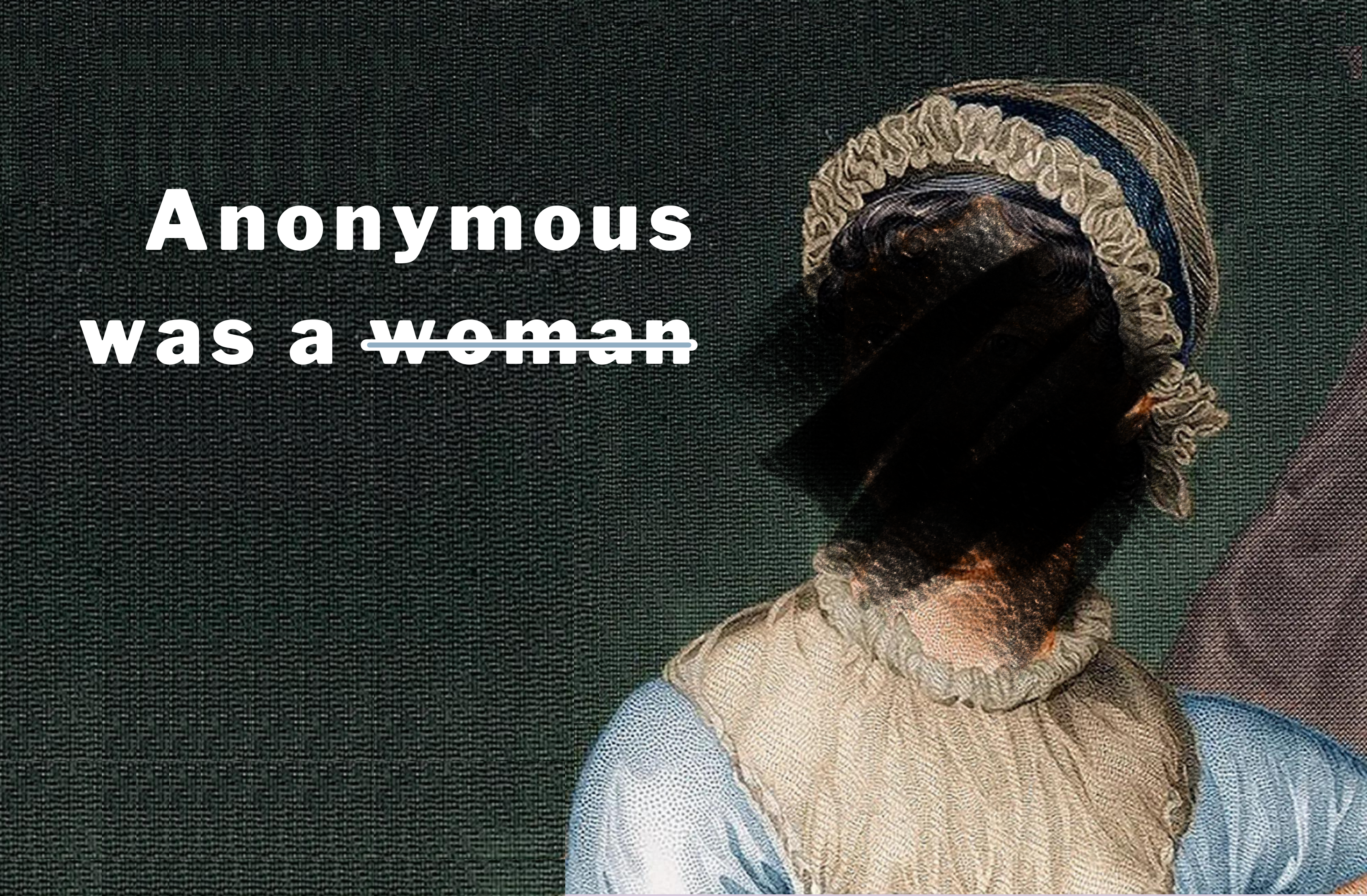 "I would venture to guess that Anon, who wrote so many poems without signing them, was often a woman." – Virginia Woolf

This quote from Virginia Woolf is more commonly recognized in its iconic rephrasing, “For most of history, Anonymous was a woman.” But why is that the case?

Simply put: Female writers were often denied the freedom of claiming their own words.

Instead of signing their work as simply “Anonymous,” many female authors throughout history often decided to use a fake name, otherwise known as a pen name or a pseudonym. Some of these pen names were short lived, with various women deciding during their career to reveal themselves as the author, while others were revealed only after death.

There are many reasons why female authors have traditionally used male pen names or other pseudonyms. For starters, this was often the only way that women would be able to publish their works, gain any readers, or make money off of their writing. Beyond the benefit of simply publishing their work, using a male pen name allowed female writers the freedom to write on subjects they otherwise would not have been able to. They were free to explore ideas and questions that were often deemed inappropriate for young women— including gore, social commentary or any in-depth thought— without it negatively impacting their personal lives and reputations.

Poet Katharine Bradley, known under her pen name Michael Field, wrote “[We women] have many things to say the world will not tolerate from a woman’s lips.” Female authors knew the restrictions of their gender and it was this sexist nature of literature that they attempted to shield their work from.

Such was the case with Currer, Ellis and Acton Bell— 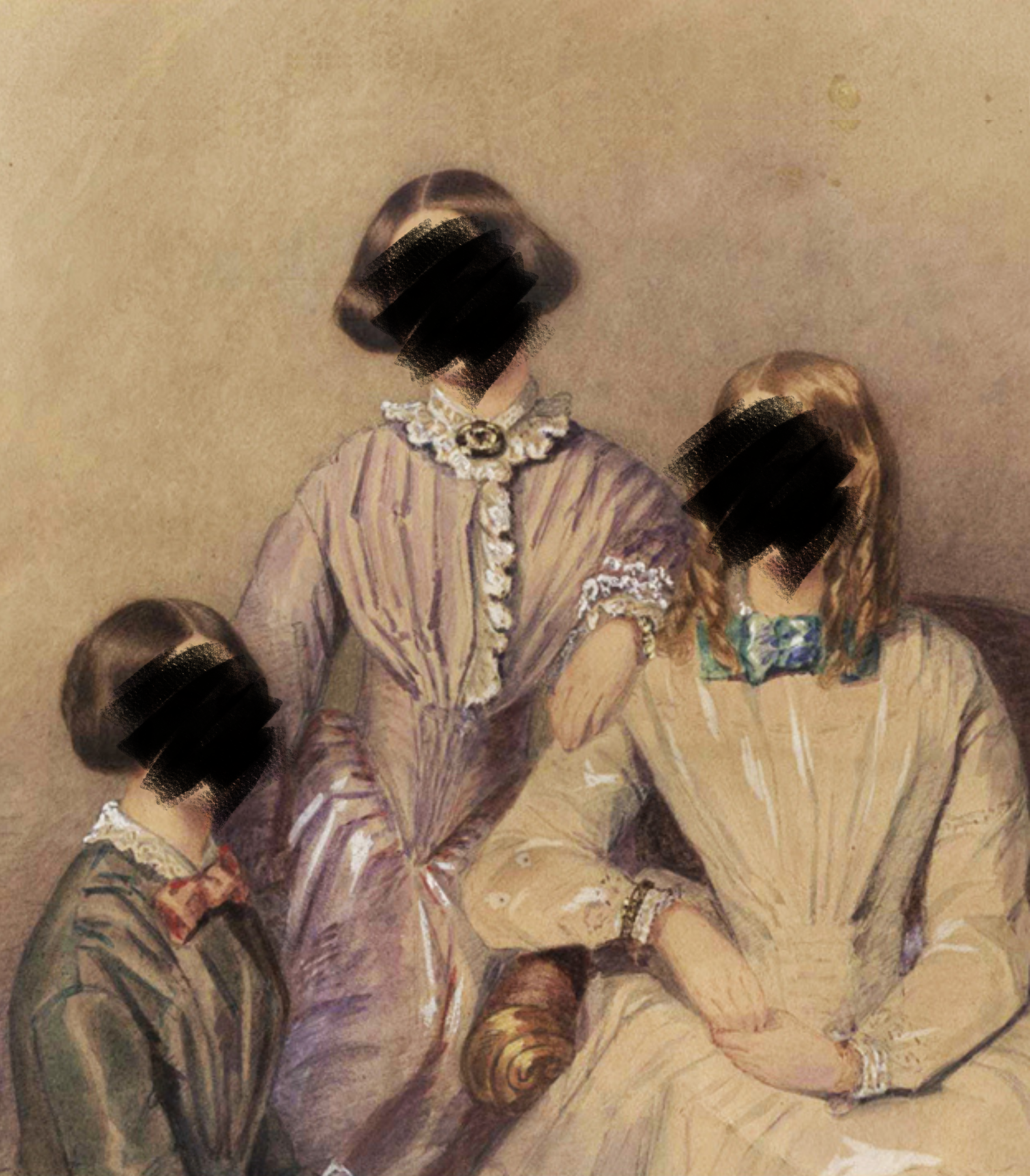 though you may be more familiar with their true names of Charlotte, Emily and Anne Brontë. When Charlotte submitted her writings to a publisher, he told her, “Literature cannot be the business of a woman’s life.” So, she and her sisters decided to publish their novels under male pseudonyms. Currer Bell was credited as the author of Jane Eyre— which was received with adoring acclaim and with a high demand from the public that caused the publisher to quickly reprint it. However, when Charlotte Brontë decided to stake a claim to her work, the criticism flipped. Suddenly, Jane Eyre was labeled as dangerous, improper and anti-Christian.

In an 1850 preface to Wuthering Heights— written by Emily Brontë under the name Ellis Bell— and Agnes Grey— written by Anne Brontë under the name Acton Bell— Charlotte Brontë explained, “We did not like to declare ourselves women, because—without at that time suspecting that our mode of writing and thinking was not what is called ‘feminine’—we had a vague impression that authoresses are liable to be looked on with prejudice."

In short, the sisters knew that to publish their novels under a male name would allow them an unbiased response and critique of their work that, if they had published under their own names, would otherwise be influenced by sexism.

This desire to avoid gender-based judgment was a key influence for many female writers to use a male pen name.

Other female authors, however, did not shy away from the expected prejudice their gender would undoubtedly provide. In the cases where authors used a feminine pen name, they wanted only anonymity to be able to publish the works they wanted, make money as a writer and live their life without the scandal of daring to be a female author.

Because of this desire, the byline “By a Lady” became a common author in the mid-18th century. It did not hide that the author was a woman, but it did allow that woman to escape personal criticism in her day-to-day life. 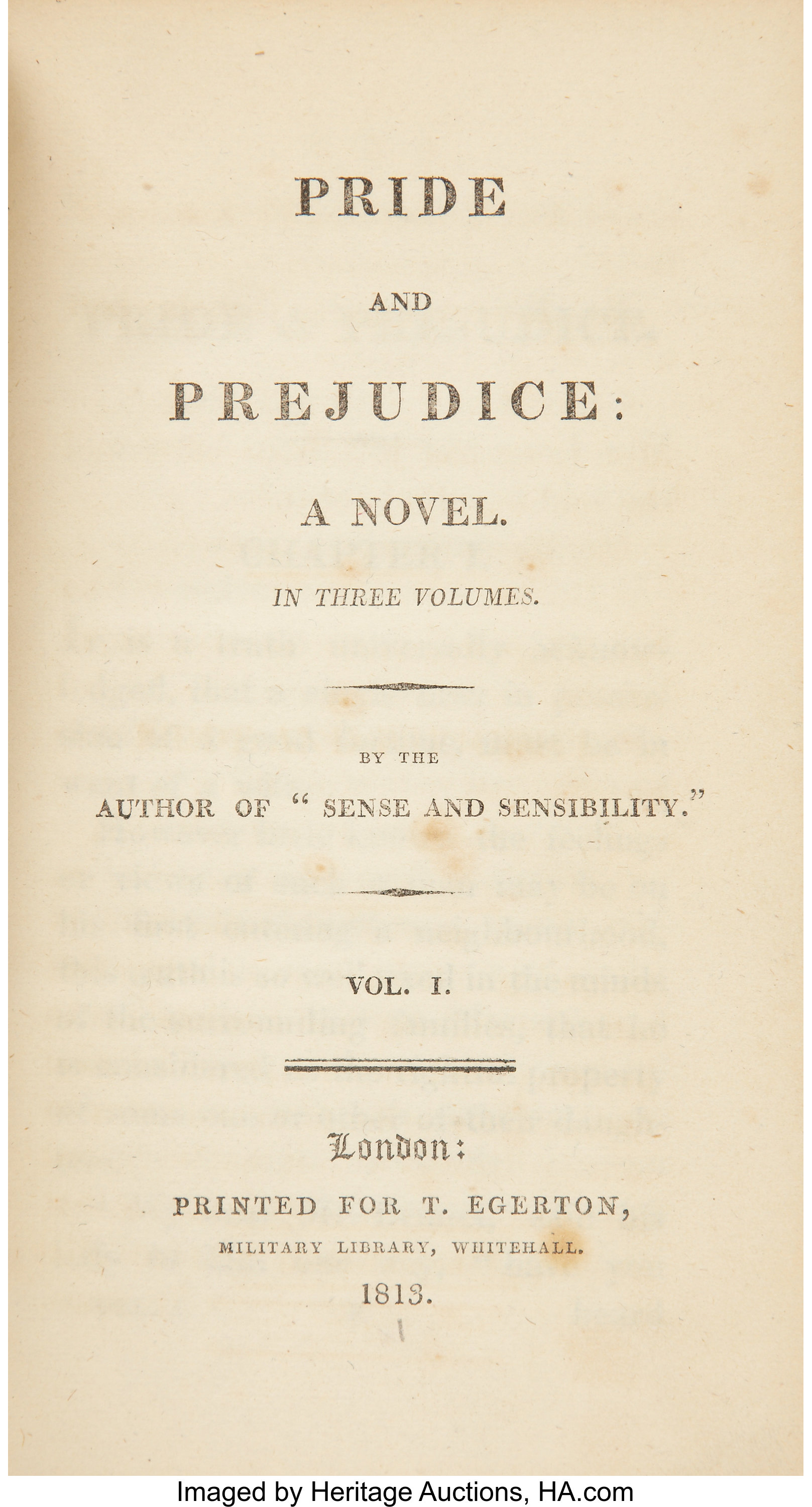 One of the most revered and beloved Victorian female authors used this pen name throughout her entire life. It was only when she died that her brother decided that she should no longer be know as “the author of Sense and Sensibility” but to be known as Jane Austen. He published her novels Persuasion and Northanger Abbey posthumously, and finally revealed to the world that it was his sister who wrote the novels that forever changed the position of female authors in literature.

For Austen, it was never about hiding her gender, it was about maintaining her personal reputation and that of her family. Not only was it thought to be improper for a woman to dedicate her time to writing instead of preparing to be a wife and manager of a home, but her work was highly critical of the English class structure and society as a whole, a daring topic that could have resulted in a negative impact on her personal life.

Shielding themselves with male pseudonyms allowed these women to make money in ways that they never would have been allowed. Louisa May Alcott used her pen name, A.M. Barnard, to publish stories that explored darker subject mater that never would have been published or consumed if people were aware the words came from a woman’s pen. Thanks to this pen name, Alcott was able to make money off of her stories as she worked to finish her main focus: Little Women. However, when she eventually published Little Women, Alcott did not shy away from using her own name. She was not ashamed of her work, she simply knew how to use the sexiest system to her advantage in order to make money without damaging her reputation. Thanks to the use of A.M. Barnard, Alcott was able to write the story she really wanted to tell.

Many people believe that the practice of pseudonyms and pen names for female authors is a practice that has been abandoned. However, this is not the case.

Many female authors today still choose to use pen names, for one reason or another. The most prominent example of this comes from the woman who wrote about an 11-year-old wizard who lived in a cupboard under the stairs: J.K. Rowling.

Her true name, Joanne Rowling, was altered into this masculine-leaning pen name for a fairly simply yet startling reason: Her publisher believed that young boys would not read, or even pick up, a story written by a woman. So, she chose her first initial and shortened her grandmother’s “Kathleen”, as she herself does not have a middle name, and created J.K. Rowling. (x)

Interestingly enough, Rowling has more than one experience with pen names. A crime novel titled The Cuckoo’s Calling was released in 2013 by author Robert Galbraith. It took only about three months for a linguistic computer program to connect Galbraith’s writing style with Rowling’s. Just like that, Rowling was exposed as the true face behind the pen name, and her sales for The Cuckoo’s Calling soared. Her reason for using a second pen name was simple, and similar to so many female authors who came before her, she wanted an honest reaction and genuine criticism for her work— without the infamy of her name and Harry Potter attached. 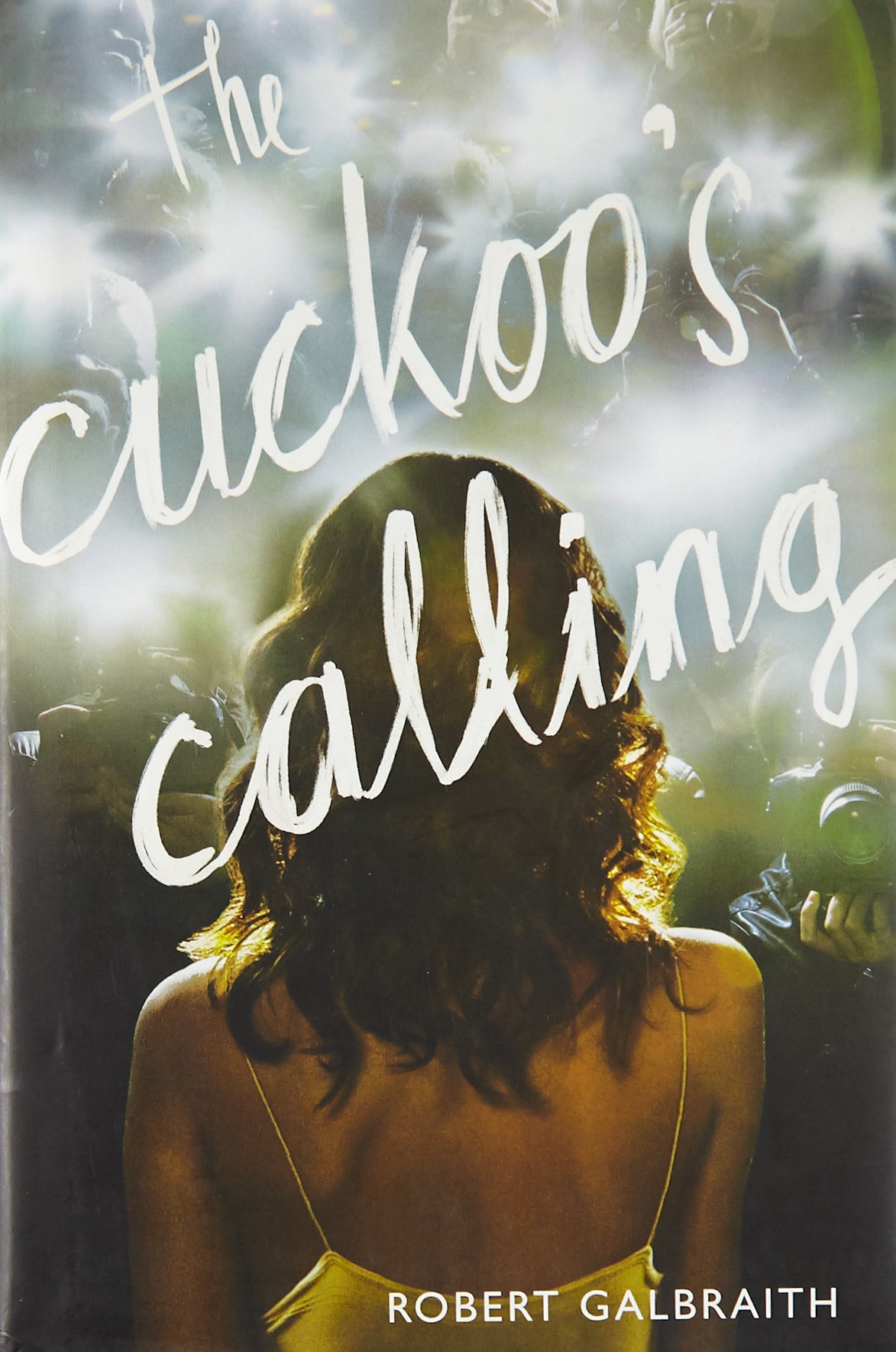 While Rowling's use of a pen name was originally meant to bypass the sexism of the industry, and then to avoid biased reviews, there are still other modern female authors who seek to remain anonymous for other traditional reasons— such as wanting to discuss topics deemed inappropriate.

Even though the success of her books eventually placed her in the spotlight, this was the original reason why the 50 Shades of Grey author decided to publish under the pen name of E.L. James. James, who is actually Erika Mitchell, wanted to write her scandalous story but wanted to avoid the judgments and negative reaction from impacting her day-to-day life— just like so many female authors before her.

There are plenty of reasons why women decide to publish their writing under male pen names and pseudonyms. They want to maintain anonymity, shield their reputation, make money, avoid a sexist lens being cast on their work, receive an honest criticism of their writing or to explore topics deemed inappropriate for women.

These are reasons that originated hundreds of years ago and are still a common practice for female authors today. Though it must be noted that women are far more accepted in the literary world today, there are still numerous obstacles, judgments and biases that make a male pseudonym a welcome and popular choice.

As Virginia Woolf said, “For most of history, Anonymous was a woman.” Though we are grateful for the women who penned the anonymous stories, and for the tangible paths they paved for female authors today, we look forward to the day when a woman and her words will no longer need to be anonymous.