Grady Hendrix continues building a readership for his brand of entertaining horror novels that deliver briskly-paced stories, real people to get involved with, pop culture references and a good scare or two before the end.  I became aware of his work after the release of his demon possession novel, My Best Friend's Exorcism, a love letter to teenage friendship, mean girls and the "satanic panic" that gripped the country in the 80's. Last year saw the release of his vampire novel The Southern Book Club's Guide to Slaying Vampires, which is basically your mom's book group versus Dracula. This year he offers the slasher film savvy The Final Girl Support Group. The Final Girl Support Group exists in a world where slasher movies are based on real cases and the female characters who survive to the end of the movie are based on real survivors. These women, decades after surviving their various attacks, are again the target of a psychotic madman.

Last year, Grady was gracious enough to talk to HMCPL for our Two Librarian Walk into a Shelf podcast about The Southern Book Club’s Guide to Slaying Vampires. (It is still available HERE.) Anyone who has been reading my movie blogs knows I am a slasher film fanatic so when Grady agreed to talk to HMCPL about The Final Girl Support Group I seized the opportunity. (It is worth noting that the audiobook for The Final Girl Support Group is narrated by actress Adrienne King, who played the Final Girl in the classic 1980 slasher movie Friday the 13th.)

In addition to The Final Girl Support Group, Grady’s non-fiction book These Fists Break Bricks, co-written with Chris Poggiali, looks at the wild world of 70’s Kung Fu Cinema that swept the nation. It will  see release in December. (He also wrote the screenplay to the 2019 film Satanic Panic.)

For anyone not familiar, what is the meaning of the term “Final Girl?”

A final girl is the woman who survives a horror movie and reaches the end credits alive, if not entirely intact. (There are a few final boys, but it’s mostly women.) I always wondered what happened to them next. What does the rest of your life look like when the worst night of your life happened when you were 17 years old? How do you live in the shadow of that kind of violence?

Does the average reader have to be a fan of slasher or horror movies to get into the premise for The Final Girl Support Group?

By now, horror movies have so infested the mainstream consciousness that everyone, horror fan or not, has some vague notion of the summer camp killer, the Halloween killer, the guy who kills people in their dreams, the cannibal redneck family. We’ve been living with these horror movie tropes since the Seventies, and I feel like even people who haven’t seen the originals have seen the imitations, the parodies, and the Simpsons jokes, and that’s all you need to know to read this book.

Is it a challenge trying to deliver a novel that, hopefully, satisfies both fans of the genre as well as people who do not usually read the genre?

I wanted this book to work as a thriller that everyone could enjoy, first and foremost. That means it has to work on its own without referencing anything else. Once that part of it was working, I could plant little Easter eggs and references that hardcore horror fans would catch, but which weren’t vital to the story. I was working on this book in August, 2020 during the second wave of the pandemic and I had to quarantine in South Carolina with my Mom who has serious lung disease, so one way I entertained myself was to make sure every single name in the book is linked to a slasher movie. I went way down the rabbit hole on that one, but it kept me sane.

Did you enjoy delving into the unknown “happily ever after” territory of the final girl, an aspect many fans probably never considered after the movies ended?

A lot of stories end just when I think they should be starting. I really want to know what happens to Regan and her Mom the day after her exorcism. How awkward is that breakfast table? What’s it like when Rosemary’s Baby becomes Rosemary’s Toddler? For The Final Girl Support Group this was easy because the story is all about how they live in the shadow of the murders that shaped their lives. Since 1981, I’ve been obsessed with the beginning of Friday the 13th Part 2 when Alice Hardy, the final girl from Part 1, gets killed in the first 10 minutes of the movie. It devastated me. I mean, she went through so much in Part 1 and they just casually kill her at the beginning of Part 2? It seemed cosmically unfair, and so I always wanted to write a new ending for her, and while it took me 40 years, I finally did it.

Where did the idea of having Adrienne King read the Audiobook come from?

Adrienne plays Alice Hardy in Friday the 13th Parts 1 & 2 and I sent her the book to see if she wanted to blurb it. She fell in love with it, and when we were casting the UK audiobook narrator I arranged for her to do an audition because she not only felt such a connection to the material, she also had a long career doing looping and additional dialogue recording, so she had the skill set. She absolutely crushed it, and after the American audiobook people heard the UK version of the book they immediately licensed her narration for the American audiobook.

Who is your favorite Final Girl?

Alice Johnson from Nightmare on Elm Street 4 & 5 has such a great journey, from timid mouse to badass butt-kicker, and she stars in two of the most underrated entries in the Nightmare franchise. On top of that, she gets the best “gearing up” scene of anyone in an Eighties movie except Sigourney Weaver in Aliens.

What are you reading this Halloween season?

Every couple of years around this time I re-read Shirley Jackson’s We Have Always Lived in the Castle and Ray Bradbury’s Something Wicked This Way Comes, which are two great autumn books. This is also the season when I want books that are bigger, slower, and more atmospheric, ones where you can really lose an afternoon reading, and two of my favorites are Bari Wood’s The Tribe which is a great New York City novel written in 1981 that’s also one of the most significant works of Jewish horror in the 20th century, and the other is Susan Hill’s gothic The Woman in Black which has a very simple story but gloomy autumnal atmosphere to spare.

Would you like to give the “Library Game,” our version of Kiss/Marry/Kill, if you remember, another go for 2021? Who would you Display/Shelve/Discard?

I’d display Ken Greenhall. When I wrote Paperbacks from Hell, all of his books were out of print, and he was one of the major “lost” authors of the Seventies and Eighties. Now, they’re all back in print and it’s easy to find used copies of his historical novel Lenoir (which is also his best book). Greenhall is the heir to Shirley Jackson’s precise, chilly prose and his books are wild horror hayrides.

I’d shelve Andrew Niederman. He was V.C. Andrews’ ghostwriter for many years but he’s also written around 30 books under his own name and while they’re definitely pulp, they’re also a lot of fun. Whether it’s a novel about a teenager conducting science experiments on her family like Brainchild, or a brother and sister living in an incestual relationship with a medical school anatomical model like PIN, they’re over-the-top in all the best ways.

And I’d discard J.D. Salinger. He’s monopolized so much attention for so long, I feel like let’s just put him in the storeroom for a bit and let other writers have some oxygen.

Check out the novels, audiobooks and non-fiction of Grady Hendrix:

Audiobook available from Libby on Overdrive

Ebook available from Libby on Overdrive

Audiobook avilalbe from Libby on Overdrive

Ebook available from Libby on Overdrive 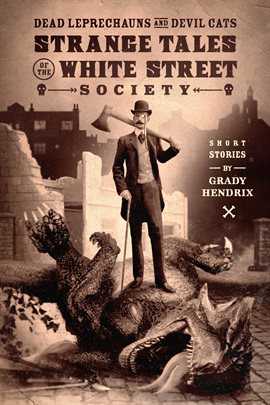 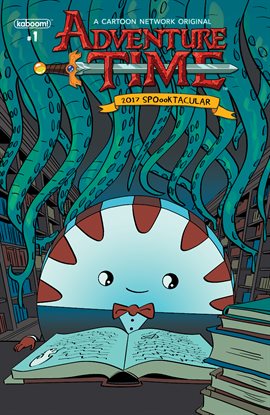 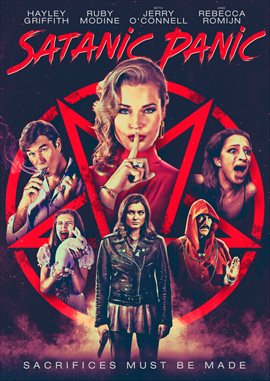