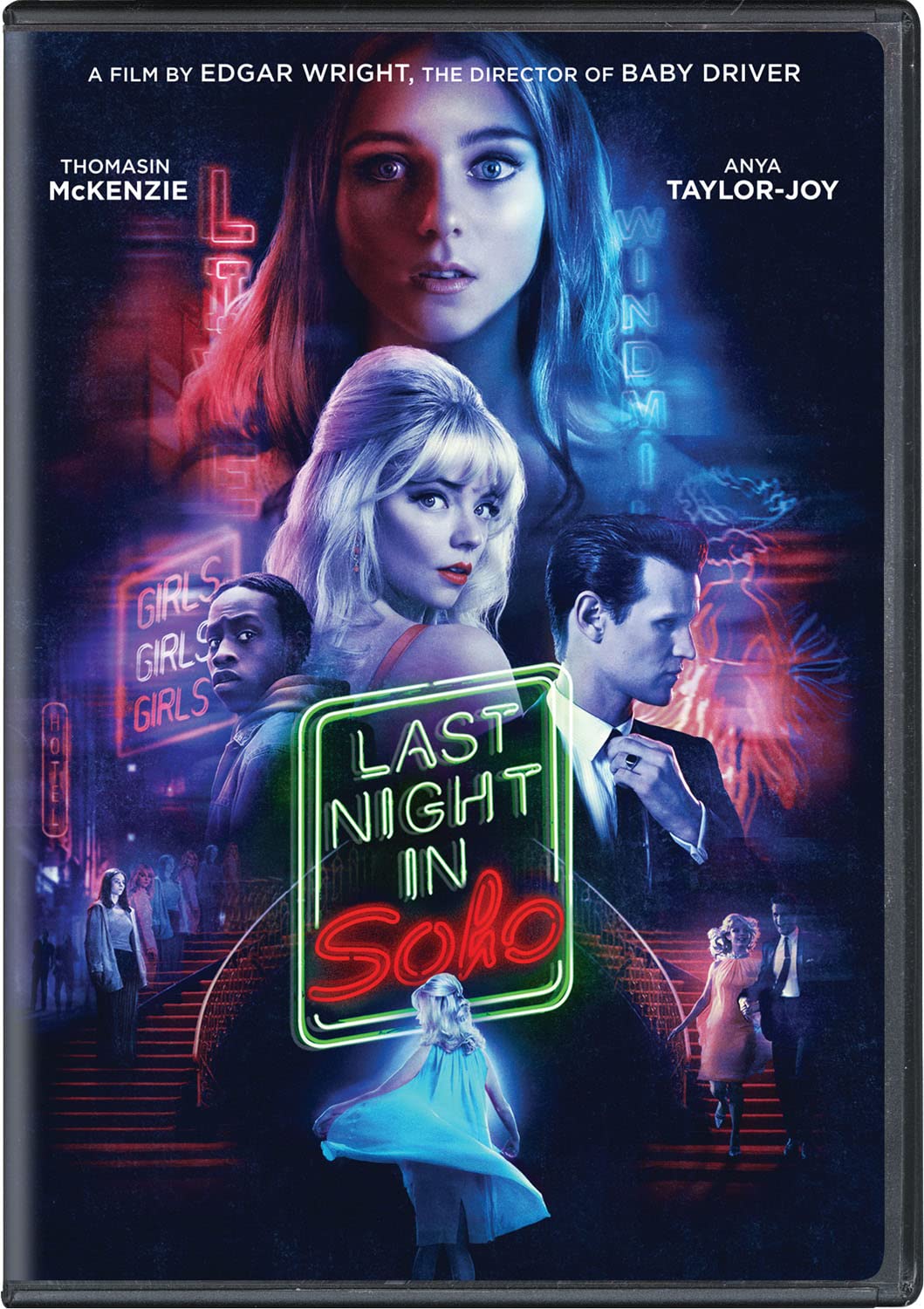 Writer-director Edgar Wright’s new film Last Night in Soho concerns fashion designer hopeful Eloise (Thomasin McKenzie) as she goes off to London for school, only to suddenly find herself in a dreamlike mystery revolving around an unsolved murder in 60’s Soho. It is a dazzling psychological thriller that teeters the line between dreamland fantasy and supernatural nightmare. To tell you more might ruin the surprises this twisty murder mystery offers.

Wright is a master at visual-storytelling and is one of the few directors who truly understands how to combine music with story to connect the viewer to the characters. McKenzie is wonderful and Anya Taylor-Joy as the haunting Sandie is mesmerizing. The film also features Diana Rigg in her final film appearance as Miss Collins, the landlady.

If you’re looking for a time-twisting thriller with great 60's chic music and visuals, look no further than Last Night in Soho.

Available on DVD from HMCPL.Org.

If you are interested in catching up on Edgar Wright's other films, as well as his brilliant TV show, HMCPL.org also offers: