Halloween and horror movies based on books by Stephen King have been a Halloween tradition in my home since the early days of VHS. There is nothing like lining up a stack of movies based on stories by King Stephen, turning down the lights and letting the creeps run wild. Grab some popcorn, a bowl of candy and let’s stay up until the witching hour with the King of Horror.

Children of the Corn   (HMCPL & Hoopla)

The corn kids of Gatlin, Nebraska kill all the adults and give praise to “He Who Walks Behind the Rows,” a force of some type that burrows underground like a demonic Bugs Bunny. Based on Stephen King’s most important short story he ever wrote. This short story spawned a movie series that includes ten installments with a possible second remake coming in 2021. When you think about all the people who were employed for this series, this is an important piece of literature like no other. Several installments are available. 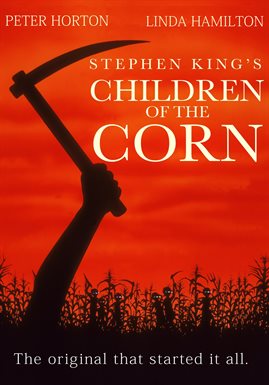 Children of the Corn on DVD from HMCPL

Children of the Corn on Bluray from HMCPL

Children of the Corn from Hoopla 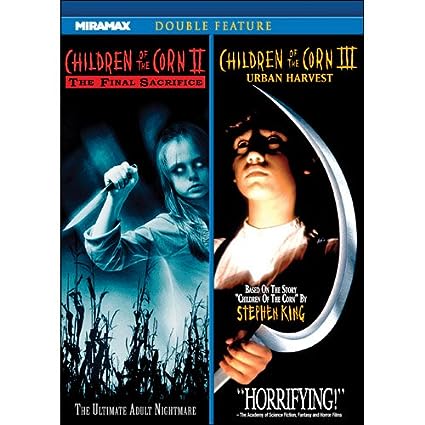 Children of the Corn 2 & 3 on DVD from HMCPL 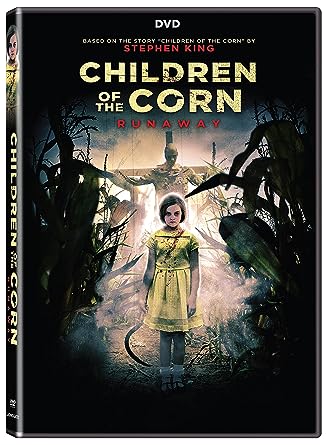 Children of the Corn: Runaway on DVD from HMCPL

Prom is all fun and games until the popular kids start playing pranks on the mousey student with a lot of pent up rage and the power of telekinesis. The 1976 film by Brian De Palma was the first film adaptation of King’s first novel and it is still one of the best. It has been remade twice, both remakes are worth a watch, and a sequel, The Rage: Carrie 2, was made in 1999 that concerns a half-sister that is also worth a watch. 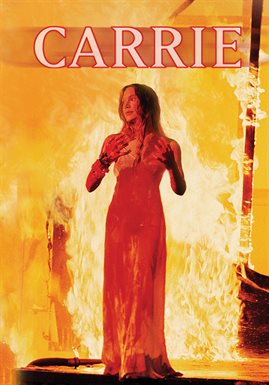 Carrie on DVD from HMCPL 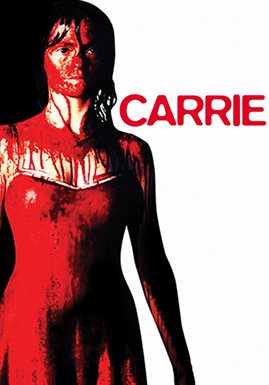 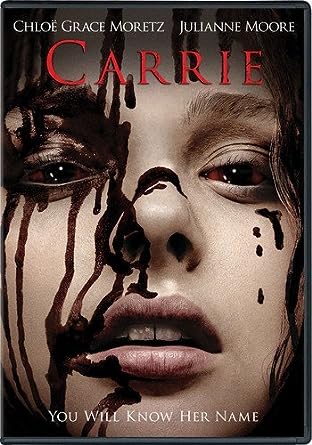 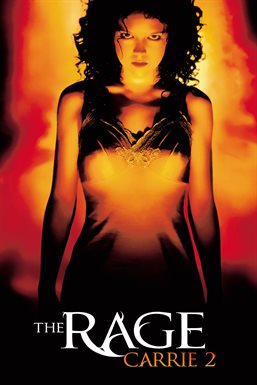 The Rage: Carrie 2 on Hoopla

Always a pet lover, King has delivered more than his fair share of scary pet stories. Pet Sematary proves that the only thing jerkier than a regular housecat is a living dead housecat.  This one has a lot of scares and the original has a great soundtrack by The Ramones. Cujo is a harrowing thriller about a mother and son trapped in a broken down Pinto with a rabid St. Bernard keeping them captive. These are two of the best King adaptations. 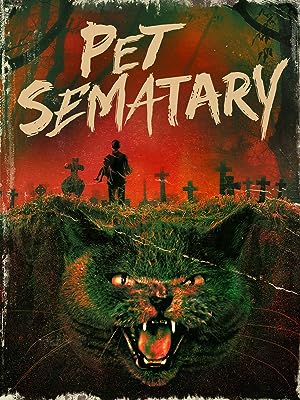 Pet Sematary on DVD from HMCPL 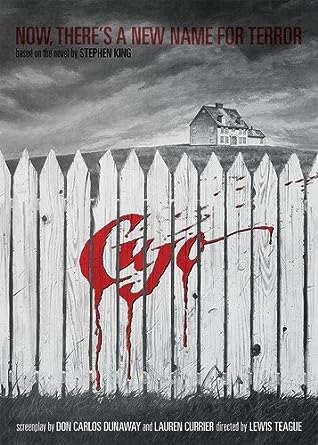 Cujo on DVD from HMCPL

King, a prolific short story writer early in his career, has had many of his stories adapted for anthologies. Creepshow, from director George A. Romero is the best and King shows up as a character in an episode, The Lonesome Death of Jordy Verrill, as a backwoods bumpkin who discovers a toxic meteorite.  Cat’s Eye adapts two classic stories (Quitters, Inc. & The Ledge) and offers a third about a cat trying to protect a little girl from an evil troll that lives in her bedroom. Creepshow 2 returns to more comic-book scares, with the best one, The Raft, seeing a greasy oil slick in a lake attacking teen swimmers. 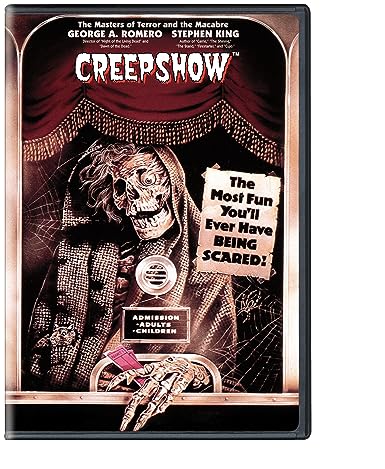 Creepshow on DVD from HMCPL 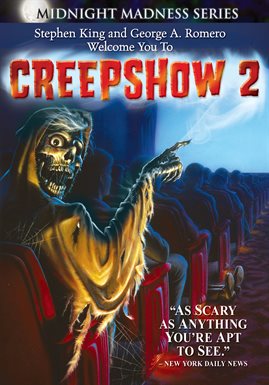 Creepshow 2 on DVD from HMCPL 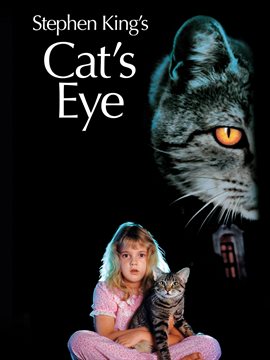 If you are someone who suffers from Coulrophobia (a fear of clowns) these movies based on King’s best-selling thriller may be a bit too disturbing for you. Pennywise terrorizes a group of kids in Derry, Maine and then returns decades later and the grown kids have to once again face their childhood fears. For me, the original 2-part TV mini-series is my favorite, but there are aspects of the remakes that I enjoy. 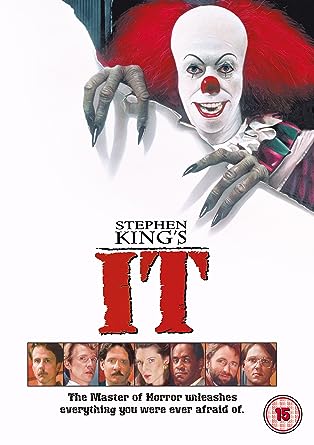 It TV movie on DVD from HMCPL 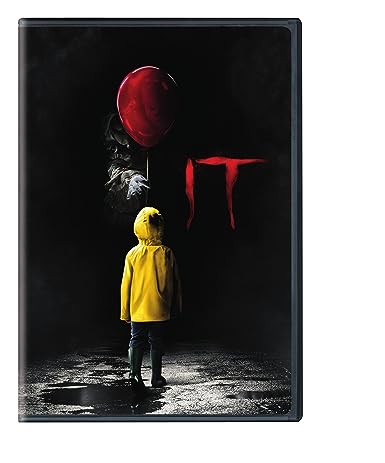 It: Chapter One Theatrical Remake on DVD from HMCPL 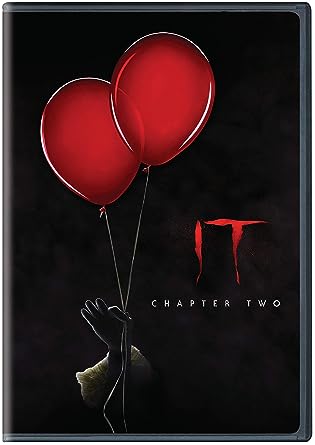 It: Chapter Two Theatrical Remake on DVD from HMCPL

If you’re not tired yet of living in a pandemic, you might want to check out this film adaptation of King’s epic pandemic story, The Stand. Running 6-hours when it first aired on TV, it covers the huge cast and delivers plenty thrills. Lots of cameo appearances by everyone from Animal House director John Landis to drive-in movie critic Joe Bob Briggs. 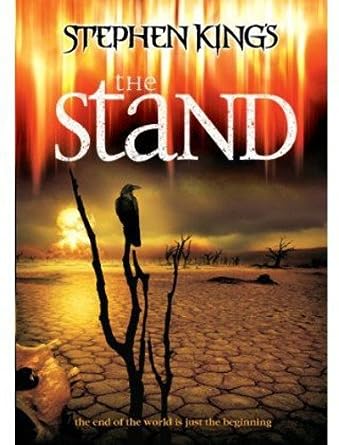 The Stand on DVD from HMCPL

Classic King shocker concerns the winter caretaker of a haunted hotel. The 1980 version with Jack Nicholson and Shelly Duvall is a classic and has spawned as many conspiracy theories as the assassination of JFK. (For that night of strangeness, check out the documentary Room 237.) The TV remake was written by King, so it better represents the source story, and it was filmed almost completely at the actual hotel that inspired King to write the story. (I have stayed the night at the Stanley Hotel, the inspiration for The Shining’s Overlook Hotel, but the only spirits I saw were in the bar.) Doctor Sleep is the long awaited continuation of Danny Torrance’s story.

The Shining on DVD from HMCPL 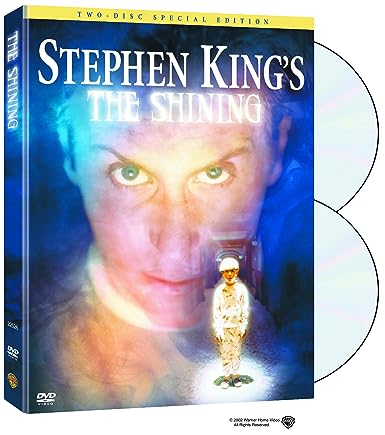 The Shining TV Remake on DVD from HMCPL 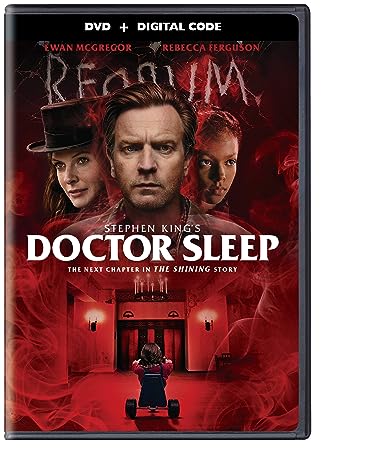 Doctor Sleep on DVD from HMCPL

Probably the scariest vampire movie I ever saw when I was 10. It still has its creepy moments today.  Vampires take over a small town when a writer comes back to visit. The original is still the best but a lot of people like the remake with Rob Lowe.

The ultimate Halloween hitchhiking adventure, young Alan Parker leaves on his birthday on a journey to visit his mother who is in the hospital. A long night of weirdness and horror awaits him. This is one of my personal favorite King adaptations, taking a brief story and fleshing it out into a satisfying thriller. It takes place on Halloween night, 1969 and the soundtrack is excellent. 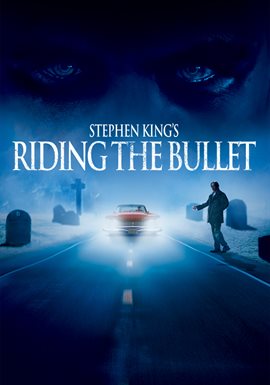 Riding the Bullet on DVD from HMCPL

Riding the Bullet on Hoopla

Shoppers in a supermarket are trapped by a strange mist and the even stranger creatures in The Mist. Desperation concerns a young couple tossed in a small town jail by a cop who may be possessed by a supernatural creature. Finally, in Needful Things, a small town implodes after a curio shop opens and the proprietor offers the citizens the “needful things” their hearts most desire.

The Mist on DVD from HMCPL 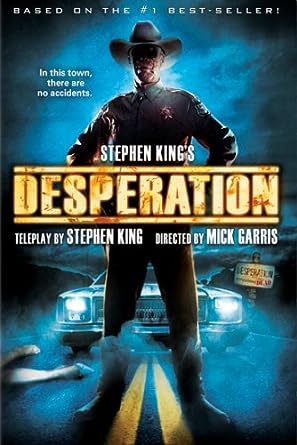 Desperation on DVD from HMCPL 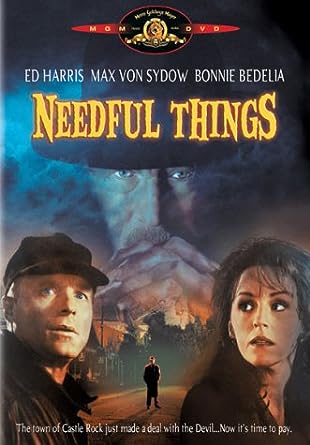 Needful Things on DVD from HMCPL

A Good Marriage, Misery and The Dead Zone (HMCPL & Hoopla)

Relationships can be tough, and King has written his fair share of relationships that don’t survive due to discovering your husband is a psychotic murder (A Good Marriage), your caregiver is a psychotic jerk (Misery) or your finance runs into a milk truck and spends five years in a coma (The Dead Zone).  Relationships are hard. 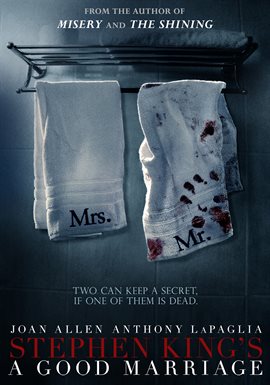 A Good Marriage on DVD from HMCPL

A Good Marriage on Hoopla

Misery on DVD from HMCPL 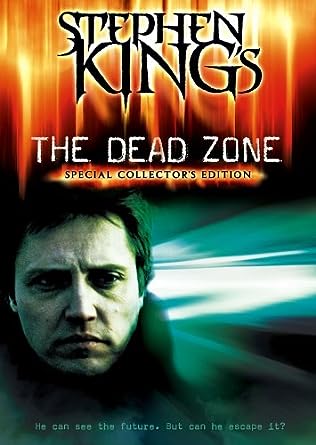 The Dead Zone on DVD from HMCPL

Any movies available from HMCPL can be put on hold and picked up at any branch within the system. Go to HMCPL  for more information or to search our catalog for more titles. More Halloween titles as we start 31 Days of Halloween- watch a horror movie a day and make the season count for something. If you pick up your materials at the Madison Branch Library (142 Plaza Boulevard) curbside, for the month of October we will have Adult Movie Horror Grab Bags. 10 Horror movies per bag, a little bit of everything. Just ask for the Adult Movie Horror Grab Bag for ten horror flicks. (Regular Adult Movie Grab Bags, which is a mix of all genres, will also be available.)