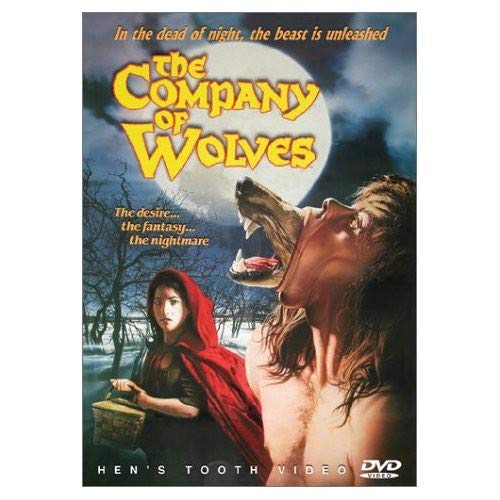 HMCPL has introduced the new streaming service KANOPY just in time for spooky season, and let me tell you, the collection is impressive! Just like Hoopla, we get five checkouts a month and while there are similar titles, the Kanopy collection is made up of movies from many film libraries for a wider variety of titles. You can search by title, genre or name. Kanopy is as easy to set up for your device or streaming device as Hoopla. I downloaded the app onto my Roku and in no time I was ready to go. The first film I watched was THE COMPANY OF WOLVES and I'm happy to say the quality of the film was excellent! I have also been told that unlike Hoopla, when you select a Television show on Kanopy, you get an entire season of the show, or multiple episodes of a season, as one check-out rather than each episode being a check-out.

Here is just a sampling of some of the wild and crazy horror classics I found on Kanopy. Please note that for the graphics, I used DVD and Blu-ray covers for each title. 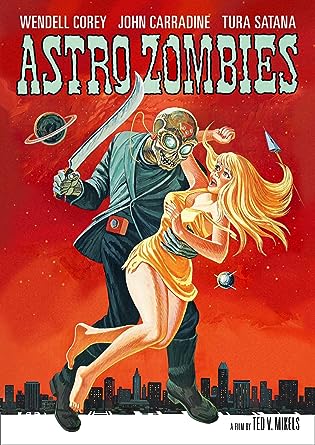 John Carradine is a mad scientist that creates cybernetic killers from dead bodies that basically run on solar power. It’s a wacky sci-fi/horror/espionage drive-in classic from the late, great Ted V. Mikels. If you ever wondered what the young people in Huntsville, Alabama were going to see at the drive-in in 1968, look no further than The Astro-Zombies! 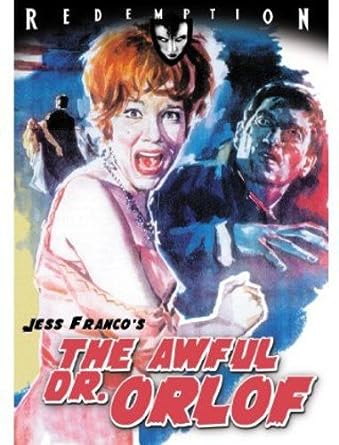 A twisted surgeon lures young women to his castle to have plenty of subjects for an experiment in repairing his daughter’s disfigurements. This creepy take on Georges Franju’s 1960 classic Les yeux sans visage is considered the first horror film from Spain. Other films from Spanish director Jess Franco on Kanopy include COUNT DRACULA with Christopher Lee and the desert dead dude romp OASIS OF THE ZOMBIES. 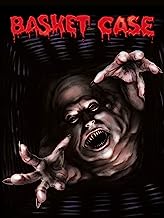 The Bradley brothers hit the Big Apple looking for the doctors who separated them. (They were born Siamese twins.) Duane is the bipedal good looking brother while Belial is the squishy H.P. Lovecraft nightmare he carries around in a wicker basket. It’s a bloody, brutal exploitation revenge film made in a New York City that no longer exists. Kanopy also offers director Frank Henenlotter’s bizarre BRAIN DAMAGE, about a boy and his pet parasite, wherein the Bradley brothers make a cameo appearance. 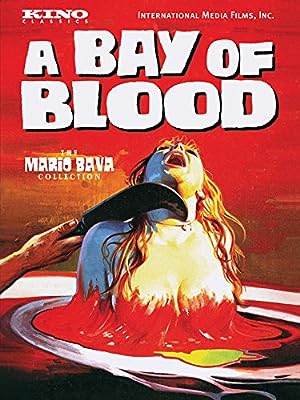 A beautiful lakeside property is the site of a massacre as numerous victims fall under the knife of an unknown killer looking to inherit the property. Although many consider it a Giallo (a hard edged Italian thriller) I’ve always credited it as being the first official “slasher movie” for various reasons. Other horror thrillers from Italian master Mario Bava include; BARON BLOOD, BLACK SABBATH, BLACK SUNDAY, HATCHET FOR A HONEYMOON, HERCULES IN THE HAUNTED WORLD, KILL, BABY…KILL, LISA AND THE DEVIL, THE WHIP AND THE BODY and his comic book adaptation DANGER: DIABOLIK. 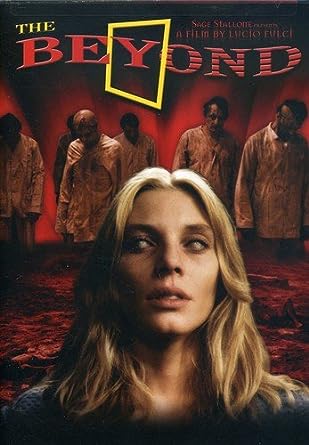 When one of the seven gates over hell is opened beneath an old hotel in New Orleans the dead rise and terrorize the living. Quite simply, The Beyond is one of the best zombie movies ever made. Sure, there’s a silly spider attack and some of the zombies look like shambling rotten bowls of oatmeal, but the final twenty minutes will have you pulse pounding and the climax is sure to give you a shock. Other movies Kanapy offers by director Lucio Fulci include; CAT IN THE BRAIN, CITY OF THE LIVING DEAD, THE NEW YORK RIPPER and THE PSYCHIC. 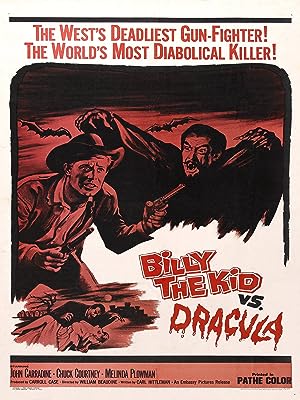 Billy the Kid is hanging up his guns to take Betty to be his bride. You can imagine how upsetting it is, then, when Dracula shows up and tries to steal Betty away from him. This kooky western/horror mash-up is as enjoyable as the title implies, as long as the thrills you’re hoping for are not too big. John Carradine plays Dracula. He played Dracula in the classic Universal horror films House of Frankenstein (1944) and House of Dracula (1945). 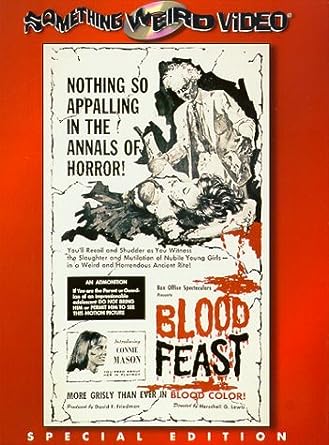 Fuad Ramses is a maniacal caterer who convinces a woman to throw an “Egyptian feast” for her teenage daughter so he can collect nubile body parts and resurrect the goddess Ishtar. It has been copied hundreds of times since, retooled, remade and re-envisioned, but it has never been done better than when H.G. Lewis and Dave Friedman did it for $14.77. Historically, this is the first “gore” movie ever made and it sold out drive-ins all across the country for months. You see worse stuff on TV now, but for its time, it was quite notorious. 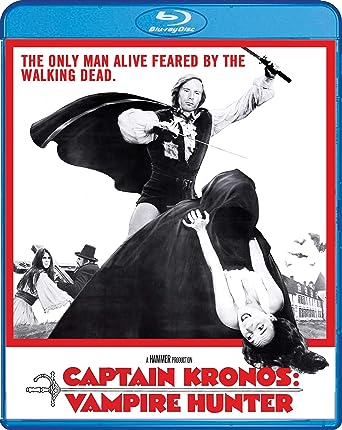 When a number of maidens fall victim to a special kind of vampire, Captain Kronos and his assistant Professor Grost are called in to battle the blood suckers. Quite possibly one of the most unique vampire movies ever made. It’s a swashbuckling horror-adventure as our hero battles the vamp attack. It is from the famed Hammer Studios in Great Britain. 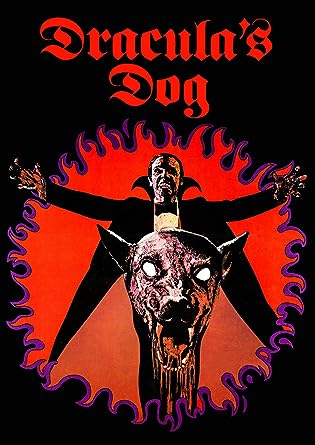 During a dig in Romania, Dracula’s familiar Veidt and his beloved Doberman Zoltan are uprooted from their tombs and travel to America to find the last living descendant of Dracula. A vampire hunter follows the two and tries to keep Michael Drake and his family safe. It was also released under the cool titles: Zoltan...Hound of Dracula and Hound of Dracula. 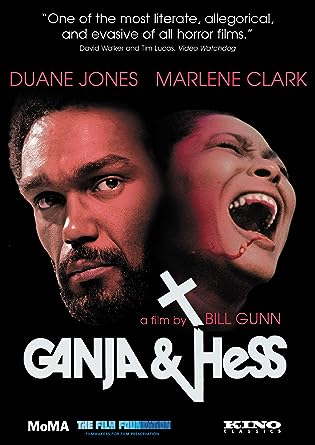 An anthropologist returns from a dig after being stabbed with an ancient blade and develops an addiction to blood. He begins an intense relationship with his deceased partner’s widow, who may be the reincarnation of an African queen. Bill Gunn’s trippy art-house vampire movie is a subtle slow burn, a precursor to the current spate of art-house horrors from the A24 factory, and it is an outstanding movie. It stars Duane Jones from Night of the Living Dead and Marlene Clark, who was in Enter the Dragon. Kanopy also offers Gunn’s made for public television ensemble drama PERSONAL PROBLEMS that has finally been restored. 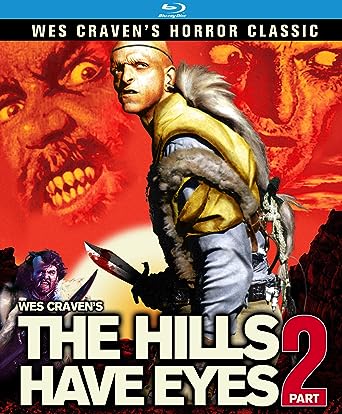 After making the career defining A Nightmare on Elm Street in 1984, writer/director Wes Craven was on top of the world and ended up making what many consider the worst film of his career, this sequel to his 1977 drive-in classic, The Hills Have Eyes Part 2. This is basically a dumb slasher, which fans hated after his smart slasher set on Elm Street. Kids get stranded in the desert on a bus and are attacked by a family of cannibals. I believe this is still the only movie ever where a dog has a flashback to the first film. I don’t care what anyone says, I always liked this one. Kanopy also offers Craven's 1977 original THE HILLS HAVE EYES if you want to watch them back to back. 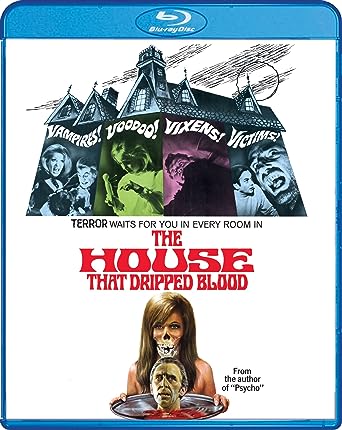 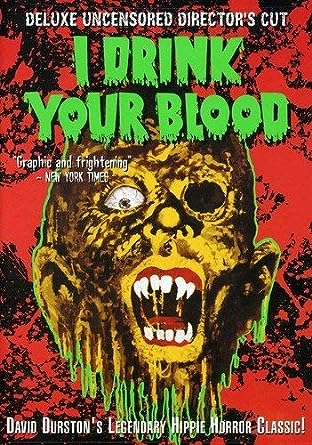 After a group of dirty drifters spike an old man's drink with LSD, the man’s grandson feeds them meat pies pumped full of rabies from a dead dog to get revenge. Pretty soon we got dirty, rabid drifters all over town causing terror and mayhem. Another classic from the drive-in era, it is a relic of its time and I’ve always been amazed that it has not been remade. 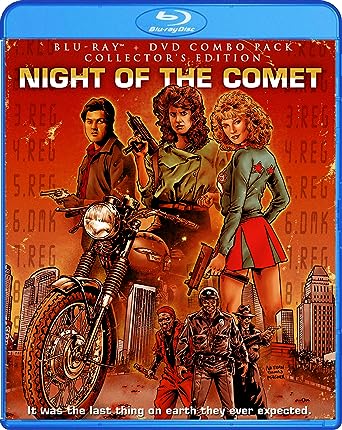 A comet passes overhead and anyone directly exposed to it crumbles into a pile of dust. Anyone partially exposed to it transforms into blood crazed zombiods. Sisters Regina and Samantha totally survive and are on the run from both blood crazed zomboids and a gaggle of government goons who try to combat the effects of the comet. This is a cult classic and probably the best movie ever featuring a cheerleader with an Uzi. 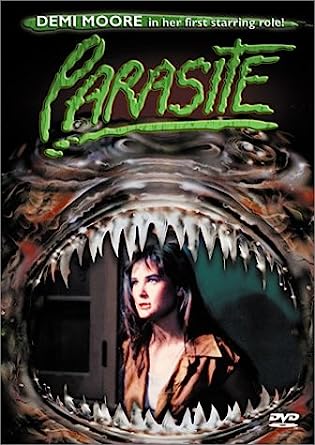 In the dystopian future world of 1992, the world is a wasteland and Professor Paul Dean cruises the desert after ingesting a deadly parasite in his lab. He finds a town where punks run wild and steal another parasite that gets lose. There’s also an assassin after Dean. Parasite is like a comic book that is missing every third of fourth panel. It was released in gory 3-D but it’s still enjoyable for what it is. The main reason we are still talking about it today is because it was Demi Moore’s first starring role. 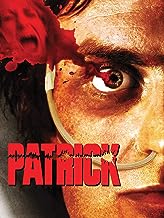 A young nurse take a job at a private hospital and is tasked with caring for Patrick, a comatose patient who lays in his bed with his eyes wide open. He occasionally spits. Little by little, nurse Jacquard suspects that Patrick is conscious and is causing havoc through telekinesis. This Australian horror-thriller offers some major scares and the final shock has made more than one person jump off the couch. 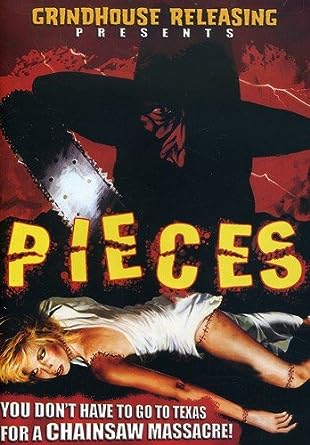 Students at a college in Boston are falling prey to a chainsaw toting maniac who is collecting human body parts and putting together their own “human puzzle.” When this one came out the posters in all the theater lobbies screamed out, “It’s exactly what you think it is!” and “You don’t have to go to Texas for a chainsaw massacre.” This one was shot in Spain and is ridiculously gory. 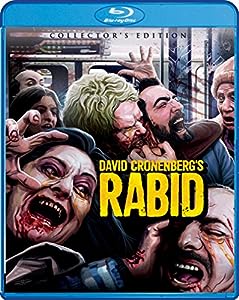 A young victim of a motorcycle accident is given an experimental skin graft that births a vampire-like parasite under her skin. Every time she eats, she passes on a disease that spreads and appears to affect others like rabies. This Canadian made body horror thriller is one of writer/director David Cronenberg’s finest films. His tale of mad medical twins DEAD RINGERS and his race car flick FAST COMPANY are also available on Kanopy. 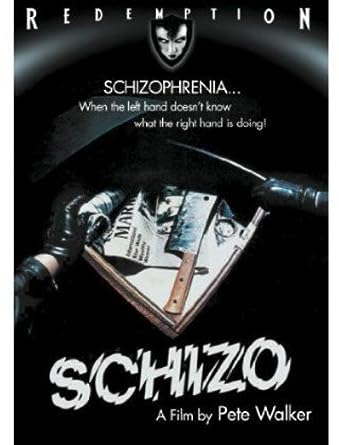 Nobody believes newlywed Samantha when she says someone is following her. When the bodies of people close to her start to hit the floor, people begin listening to her. This British made slasher from Pete Walker is a crazy horror ride that delivers a couple shocks and scares along the way. Kanopy also offers Walker’s wildly wonky HOUSE OF WHIPCORD.

This is the chilling horror tale of a young American dancer at a prestigious dance academy in Germany who discovers the school is a front for a coven of witches. Dario Argento’s story of  witches has become a classic over the decades and for good reason. His horror set pieces are both shocking and amazing to watch, even when they are over the top. This one may haunt you well after you’re done watching it. Kanopy also offers the Argento filmsTHE CAT O’ NINE TAILS, PHENOMENA, INFERNO, THE STENDHAL SYNDROME, TRAUMA and TWO EVIL EYES, which he co-directed with George Romero.