The Mad Movie-A-Thon-O-Rama! The Giant Claw 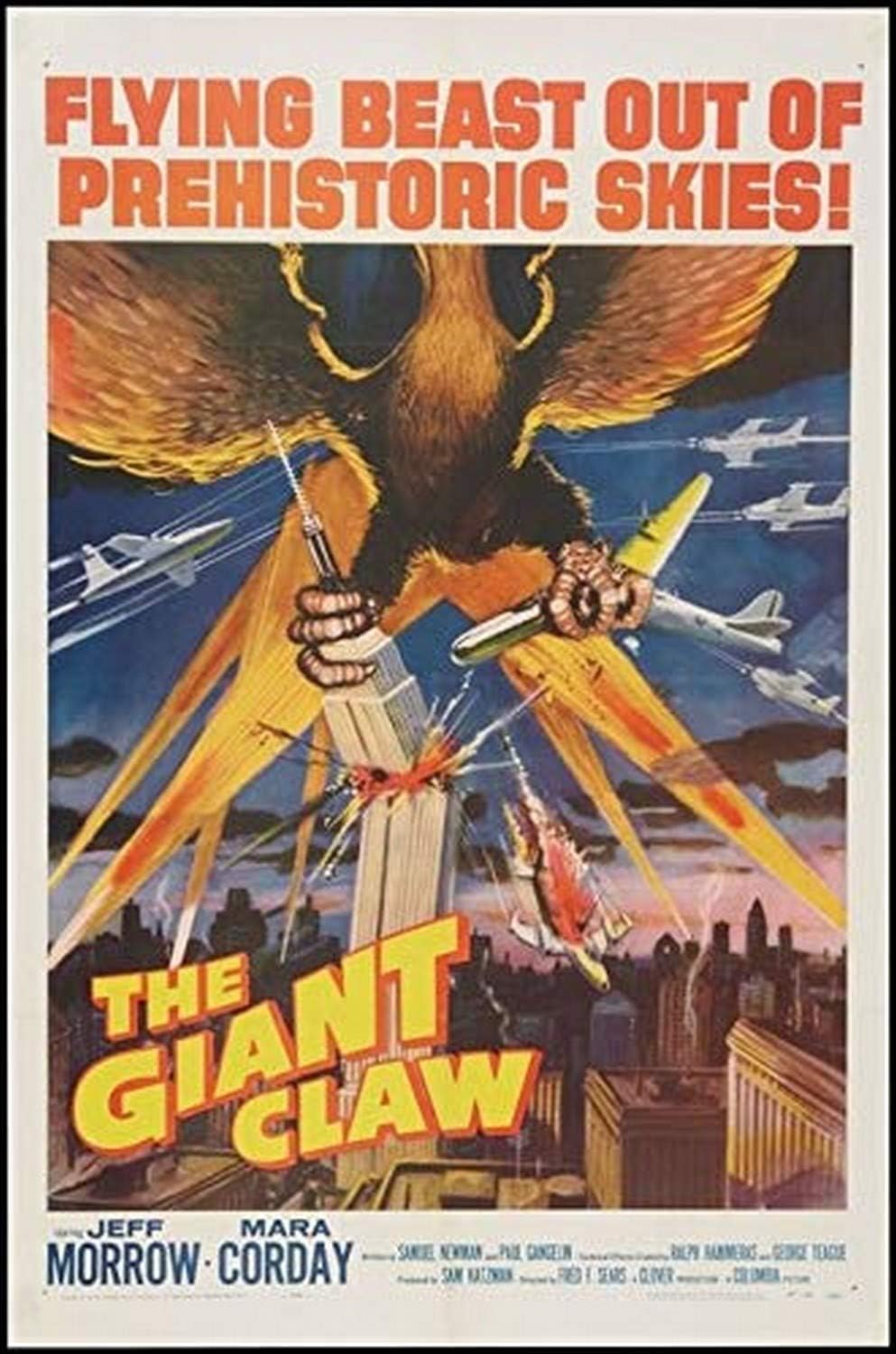 This week’s movie is the 1957 giant monster classic, The Giant Claw. Don’t let the googly eyes fool you, this is a giant alien turkey monster made of anti-matter that terrorizes a small area of Canada. Hero Jeff Morrow tries to stop the outsized terror while trying to make time with Mara Corday. This super cool GIANT CLAW LINK will take you to IMDb and everything you never wanted to know about The Giant Claw!

Auditorium opens at 6. At 6:15 we will talk about the history of the “protection gimmicks,” the film and watch the trailer for the next film in the series (Attack of the 50 ft Woman!). The Giant Claw will begin at 6:30 PM and end before the library closes. Tables and chairs will be set up throughout the room. Make it a date night and bring dinner. Food and drink are allowed in the auditorium during the movie.

This Thursday the 24th, Auditorium opens at 6:00 PM with the movie starting at 6:30 PM. At the Madison Public Library!