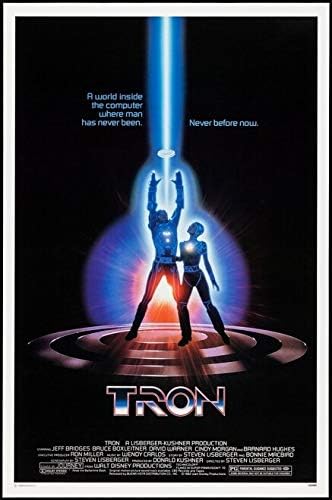 This Friday, July 22nd, join us at the Madison Public Library for the final film in our Outdoor Summer Movie Series: Summer of 1982. We are showing the Disney sci-fi classic, Tron.

Tron is the true story of what happens to a video game designer when he gets sucked into a computer and has to team up with a security program and battle his way out.

The movie will start around 8:30, when it gets dark.

Between 7:45 and 8:00 we will draw for prizes in our Prize-A-Palooza! No trivia, no "guess how many of whatever is are in the jar," nope - you just have to be present to win.

Before the movie we are proud to present the world premiere of the short trailer films made in Madison’s Mini Makers: Movie Magic series. Come experience what the next generation of filmmakers have in store for the future of cinema.

Black Dog Grounds and Sounds will be back with a menu of delicious iced drinks and treats.

A huge thank you to Renasant Bank, who again graciously sponsored all the fun we’ve had at the Outdoor Summer Movie Series this year.

That’s Friday July 22nd at the Madison Public Library, Tron. Prize-A-Palooza begins between 7:45 and 8:00, followed by the Mini Makers: Movie Magic short trailers and then the movie at dusk. Bring your chairs, your blankets and picnic dinners. We’re gonna party like it’s 1982 one more time.