Early in her career, before she began writing thrillers as Finding Mrs. Ford (2019, HMCPL/Hoopla) and Ruby Falls (2021, HMCPL/Hoopla), Deborah Goodrich Royce was an actress (IMDb profile). Mrs. Royce began practicing her craft on the daytime soap opera All My Children, appearing as Silver Kane, the long-lost sister to Susan Lucci’s Erica Kane. She later appeared on The Edge of Night daytime drama as well as TV shows like The New Mike Hammer, Three’s a Crowd, Hotel  and The A-Team before landing a role in the 80’s teen comedy Just One of the Guys in 1985. In 1986 she appeared in the tricky slasher movie April Fool’s Day (HMCPL) as well as the TV miniseries about Ted Bundy, The Deliberate Stranger, which featured Mark Harmon as Bundy. More film and television roles followed into the early 90’s.

Her recent release, the thriller Ruby Falls, concerns young soap opera star Eleanor Russell’s fall from grace after a conflict with the show’s lead actress. After a whirlwind affair, Eleanor marries the man of her dreams but soon her new life begins to unravel around her.

Mrs. Royce takes gentle care establishing her heroine as well as her story, building slowly, peeling back layers to reveal a bigger mystery, all the while keeping the reader hooked. Each chapter title is a reference to a famous mystery story or film, and it is told in a cinematic style that calls to mind the masters of film thrillers, from Alfred Hitchcock to Brian De Palma. It is a wonderfully constructed mystery that begins with the main character’s abandonment as a young girl in the underground waterfall attraction of Ruby Falls in Chattanooga, Tennessee and follows her from New York to Hollywood.

We thank Mrs. Royce for taking time from her busy schedule to talk to us about her career and her new novel, Ruby Falls.

Robert Freese- When did you decide to write your first novel?

Deborah Goodrich Royce- I had been writing for many years before the publication of my first novel, Finding Mrs. Ford. Back when I stopped acting to move to France with my young family in the early nineties, I was hired by Studio Canal Plus as a reader for English language screenplays. It was the moment when they were beginning to invest in English and American films and wanted native English speakers to evaluate manuscripts. When we returned to the U.S., I took on the position of story editor at Miramax Films, which is comparable to being a book editor. Those editorial years were my writing school. After a few years, the work load became hard to balance with raising small children so I stepped back from full-time work. Then I joined two different writing groups, which is something I highly recommend to other writers. It was there that I learned what others responded to in my writing and began to have confidence in my own voice.

RF- What is your writing day like when you are working on a novel?

DGR- I try to write every day when I am working on a novel. Because I am not always able to write at the same time of day, I use my trusty iPhone to plot out a schedule of three-to-six hour windows at least five (often six or seven) days a week. That way, the time becomes sacrosanct and I don’t step over it. Additionally, I write in a part of my house that is not my home office. The office has the phone and the bills and the letters and the to-do lists! All of those are pretty nifty distractions from the computer screen. I have a lovely room that looks over the water and it is just me, my computer and my research. That and the amazing view!

RF- Did you consider writing in other genres before choosing mystery?

DGR- My books straddle genres being both literary and suspense. I think of them as identity puzzles. I like examining the things that characters reveal, the things they conceal, and the point where the two meet and, ultimately, unravel. When I was signed by an agent for my first book, it was less of a thriller and more a work of literary fiction with a doozy of a surprise inside. She and I worked together to add more thriller plot lines.

RF- Did your childhood visit to Ruby Falls serve in any way as the inspiration for the new novel?

DGR- I definitely visited Ruby Falls with my family as a child and it scared me witless! I grew up in Michigan with a father from Tennessee, so we made that southern trek every summer. I remember visiting caves all over Kentucky and Tennessee, but none of them were as scary to me as Ruby Falls. The book begins inside that cave with the lights off and that is precisely how I remember it. I don’t think I imagined being separated from my parents at the time (thank goodness!), but I know I imagined falling into the water that the tour guide was telling us was bottomless. Bottomless is a vast concept and it certainly got my attention!

When the first two chapters of Ruby Falls came to me—and they truly came to me out of the blue—I felt like I was taking dictation. I had already started writing a different book and had no idea where this one came from. Other than those deep, dark recesses of my unconscious mind. Bottomless!

RF- It reminded me of some of De Palma’s movies set in show business, like Blow Out (HMCPL/Hoopla) and Body Double.  Did you enjoy diving into your experience as an actress to build your protagonist Eleanor and then fill in all the little details of that life for her?

DGR- Well, first of all, thank you! De Palma is the heir to Hitchcock’s mantle (though his work is a tad too violent for me) so to be compared to him is a major compliment! And, yes, I loved digging into my past as an actress in film and television to set the stage for Ruby Falls. If you consider Rebecca -audio-  (both the Daphne du Maurier book and the Hitchcock film), on which Ruby Falls is loosely based, the setting of the house—Manderley—was very important. It was almost like an additional character. Even the first line of book and movie, “Last night I dreamt I went to Manderley again,” sets the tone. I wanted to create a similar ambiance with Hollywood, which has always inhabited a dreamlike space in our psyches. We all are familiar with sites in Hollywood, even if we have never even visited, because so many of the films made in the past hundred years have been set there. I wanted to evoke exactly what Kirkus Reviews says about the book: “Ruby Falls inhabits a hallucinatory Hollywood where fact and fiction mingle freely and even the smallest acts can feel ominous.”

RF- Is there as much drama behind-the-scenes on soap operas as depicted in the book?

DGR- I was on All My Children in 1982 and 1983.  By then, soaps were no longer live but were shot about two weeks before their air date. The work day ran from seven am to about seven pm and then we had to go home and learn our lines for the next day. We shot five days a week, fifty-two weeks a year. Not all actors worked every day, but my storyline was prominent so I shot most days. So I don’t remember as much drama as I remember fatigue! We really had our noses to the proverbial grindstone and didn’t have much time for anything else.

RF- Ruby Falls has a very “cinematic feel” to it, told with very specific detail you would almost expect more from a screenplay in how some scenes are depicted (nightmares, hallucinations, slow-motion, flashbacks etc.). Was that a conscious decision you made while writing it?

DGR- You have nailed it! I saw everything in my mind’s eye as I was writing it. And I wanted to play with references to cinematic techniques so that the reader feels completely immersed in the story. The goal was for the reader to see it all unfolding, just like in a film. At times, I had specific film techniques in mind. Think about something like day-for-night. This was a method often employed in older films when an outdoor scene was supposed to occur at nighttime. They shot it in the day with a filter in the hopes of making it appear like a moonlit night but, to me, it usually just looked eerie!

RF- I like how you titled each chapter after a famous mystery story.

DGR- The chapter titles are often names of movies and books that I love and that have some connection to what is going on in that particular chapter. I used other snippets to title the chapters, such as quotations from novels and films. For me, this created a literary puzzle within the book that can be fun for the reader who responds to it, while not interfering with the advancing plot for the reader who doesn’t.

RF- Who are some of the authors you enjoy reading?

DGR- Display/Kiss: Nancy Mitford (HMCPL/Hoopla). She is not as widely known as I think she should be but I read her over and over again, every few years. Her writing is an extraordinary combination of pathos and humor. My comfort book (actually a pair of novellas) is: Pursuit of Love and Love in a Cold Climate (HMCPL). Mitford’s writing is gimlet eyed, hilarious, and deeply touching. I would also recommend her biographies of Louis XIV and Madame de Pompadour.

Shelf/Marry: Joan Didion (HMCPL/Hoopla). She is also someone I re-read. I will never forget the first time I discovered her in an old dogeared copy of Slouching Towards Bethlehem (Hoopla) that was in the bedroom of a house I was visiting in the French alps. So—oddly—when I re-read those essays I am transported to a ski chalet in Val d’Isere! But books are like that. They carry not only their own content but they evoke the time and place we were in when we first read them. I just love that.

Discard/Kill: I can’t discard/kill any writer. The act of producing a book is such a Herculean one and I stand in AWE of all writers. 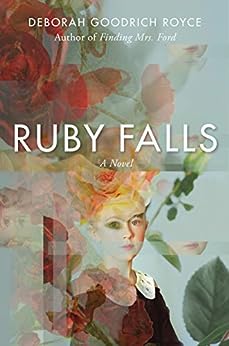 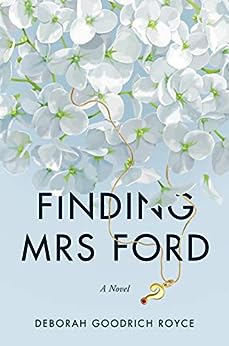 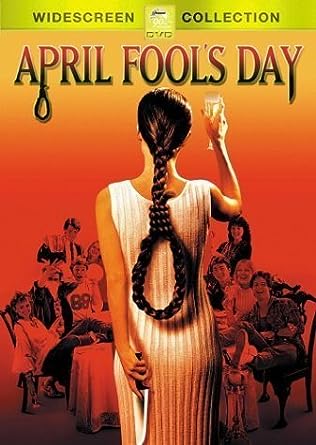 (Please Note: April Fool's Day is on a double feature disc with My Bloody Valentine)